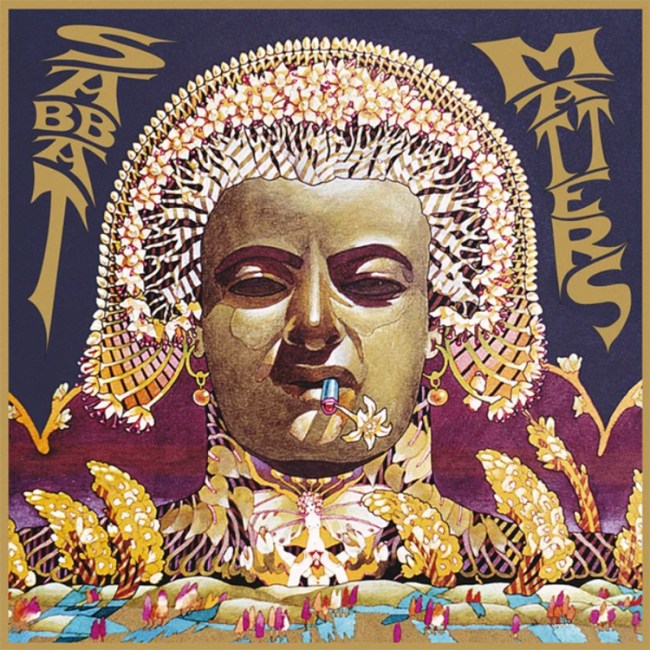 Will Schube had a dream that a rich dentist donated $1.2 million USD to this very site. Until we track that very dentist down, click the link above.

I recently found a new favorite band. They’re called Gloria. They’re French. They put out an album earlier this year entitled Sabbat Matters. The band has a few members, but they’re led by Alexis Morel, who writes under the name Kid Victrola. They’re based in Lyon, France, and he wrote, recorded, arranged, and mixed the thing. His grand vision revolves around ‘60s girl groups, and he’s the mastermind obsessed with multi-part harmonies, the lineage from the Supremes to garage rock, and the swagger inherent in all great rock music.

Victrola is the name of an old wind-up phonograph record player, which later became the way to describe all wind-up phonograph players, sort of like asking for a Kleenex when talking about tissues. So Morel created his pen name after a phonograph company, which is just as cool and sleek and savvy as I’d expect from the French auteur.

Sabbat Matters is my favorite record of the year. It takes influences from all over the history of rock, like the title track, which plays with 70s psychedelia and hypnotic vocal patterns from Wendy Martinez, Amy Winterbotham, Marie-Louise Bourgeois, Josselin Varengo, who sing about “getting your ya-ya’s out” and things of that nature. It’s an absolute blast, both indebted to the history of girl groups of the 60s but unlike anything being made today.

Sabbat Matters is a clever play on “Stabat Mater,” the 13th-century Christian hymn to Mary, which portrays her anguish and suffering as Jesus is being crucified. The title comes from the first line of the hymn, which translates to “the sorrowful mother was standing.” There’s a gorgeous rendition of Pergolesi’s composition conducted by Nathalie Stutzmann, which is highly worth your time.

“I was part of a large group of musicians in Lyon and we were all playing in each other’s bands. At one point I proposed to my friends to do a project centered around recording. The idea was to try to do sixties rock songs with vocal harmonies sung by girls,” explained More, over Zoom. “This was the idea, with the reference being to girl groups and all that kind of music. At first we started to work on demos with two singers. There was my sister Beatrice, and my girlfriend, Wendy, and the drummer, Thomas, who I’ve been playing with since I was a child.”

The album’s second song, “Holy Water,” is a haunted march with an absolutely infectious chorus in which the group of female harmonizers sing about being alive and dying. It’s a uniquely French take on American rock music, which I suppose is why I love it so much. The guitars are face-meltingly sharp, the vocals are aloof but in your face, dynamic without ever stealing from the remarkably deft instrumentation. The record is out on Howlin Banana, a wonderful collective that specializes in European garage rock and indie music. It’s an entire ecosystem I know far too little about, but like all things that are good, Gloria’s Sabbat Matters makes me want to listen to every band they’ve ever signed. The album is that good!

The group as a whole has an interest in this singular vision, but Morel is the real catalyst behind the project. “I am the guy in the band who wants to do that particular sound. The other ones, they all like sixties rock, but we all listen to many different kinds of music. I’ve been obsessed with sixties rock since I was a child, actually, because of my father’s record collection and all that,” he explains.

Though Sabbat Matters is very clear in its style, influences, and execution, Morel is open to new directions on future projects. “We could do something different, but I think apart from sixties music, another passion of mine is vocal harmonies — especially by girls. For me, it’s really important. It’s really something I love and if I have to do something else, I probably will do it in another band. But I think Gloria will always be centered around that idea,” he explains. “The idea at the beginning of the project was really about female harmonies, so I think it will always be related to this, but maybe it could change a little bit in the sound and the way we approach things. I like to keep things open.”

“Success is Contagious, Bro:” An Interview with Pacman da Gunman