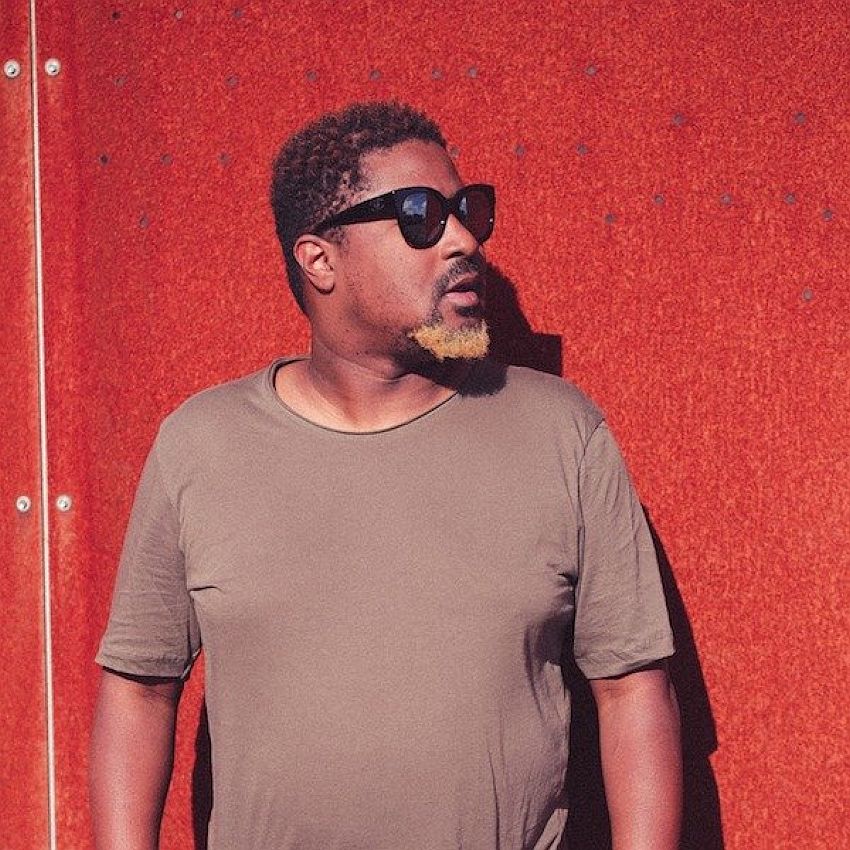 Please support independent music journalism by subscribing to Passion of the Weiss on Patreon.

Sam Ribakoff played a song on the tiniest Roland 404 for [redacted] catching COVID.

The San Diego duo Prayers are back after a little bit of an absence. David Parley’s synths and pounding drum machines have never sounded so electro and goth; Rafael Reyes’s gruff voice and lyrics have never sounded so cool. The best Prayers tracks are when Reyes hits the Ice Cube mid-tempo cadence and Robert Smith of The Cure’s Faith-era melodies, and this track hits that sweet spot perfectly. Over sparkling synths and reverb heavy drum machines that sound like bullwhips cracking over a New Order track, Reyes gives a series of Mexican and Mexican-American aphorisms centering around the conceit that life is a difficult dream,  and you need to live it accordingly.

What Prayers want to do now seems to be wanting to dig deep into cultural history to find connections between Mexican-American cholo and Chicanx culture and the culture of Indigenous Mexican groups. To get the full picture you gotta watch the video for the song, which prominently features Teypohsweepeehltseehn, a member of the Chichimeca tribe, dancing around the Boyle Heights neighborhood of Los Angeles, and what looks like someplace close to Eric Garcetti’s mansion in Hancock Park, fully enveloped in hard red paint, tattoos, and Chichimeca jewellery and regalia. Invoking your heritage of fighting against cultural assimilation and white supremacy while dancing in front of your local out of touch political leader’s home is the only way to truly enjoy this track.

Oneohtrix Point Never is getting poppy after Uncut Gems… and he hasn’t sounded better in years! For me, a lot of Oneohtrix’s music has sounded like the audio version of a hard science fiction novel, like, so concept heavy and so interested in presenting an idea and experimenting with how many things can happen within that idea that it kind of loses track of the characters, and is really weak on the dialogue. To me, Oneotrix’s music has been so heavily focused on concepts and themes that it often loses track of what makes music interesting, melody, rhythm, mood, even, maybe, listenability. “Auto & Allo” sounds like if Oneohtrix collected all of his ideas from the past couple of albums, took some beautifully neon ascending synth arpeggios from the Uncut Gems soundtrack, and warbled his heart out in Autotune like 645AR; it sounds like the most beautiful music he’s made in years.

Do you miss going out to shows, to clubs, or going out to literally anywhere except protests against police brutality? If your answer is yes, don’t listen to “No Other” by Flaurese and Rosa then. I don’t know what’s going on in the U.K., but it sounds like they might have the coronavirus more in control over there, because this track sounds like it could have only been made by someone after coming home from a club or a night out. Absolutely filthy Moog bass lines live under gently rollicking house drums and sanguine synths. The cherry on top of all of it is Rosa’s beautiful, late night, smokey vocals. It’s the audio equivalent of riding home with your friends from a night out, windows open, music blaring, full moon gazing down, no worries in the world. We can only dream to feel feelings like that again.

New York by way of both Philadelphia and L.A. producer DJ Swisha can make any style of dance music. Like his peer Kush Jones, Swisha excels at everything from footwork to Memphis hip hop and techno on the same record, but he’s a master at New York house music, that sexy, sweaty, late night house sound built on open hi hats, 808 snares, drum breaks, and gliding, tranquility soulful synth pads. “Crypto” is one of those perfect NY house tracks, that somehow Swisha got Bahamadia to jump on and rap. Only Swisha could do it.

To quote one of the best Vines ever, Manchester England’s Salute is on “ X Games mode.” Since quarantine started in March, Salute has put out one single every couple of months, all of them blissful, almost gospel like, ecstatic house music. “Skepta Dub” is the latest installment in this series of gifts to humanity where Salute transforms a Skepta freestyle into a propulsive house extravaganza, with shuffling drums, clipped guitar samples, swirling vocal chops, and squiggly synth bass in a nod to grime music. Salute cannot lose.

L.A. ‘s Ana Roxanne made a beautiful record last year full of lofi ambiance and moody, wordless, bedroom pop vocals. This year Roxanne has stepped out of the bedroom and launched deep into breathy lofi ambient space pop, past Beach House, but somewhere close to The Space Lady, with reverb drenched old drum machines and droning synth pads. The perfect fall music for another month of quarantine and chaos.

Out of nowhere, two of L.A.’s best producers, Cakedog and Knxwledge are back making magically soulful and deranged footwork music as VATOGATO after a five year absence. Like the first DGM released in 2015, this record is full of tom drums ricocheting everywhere, crashing hi hats, sirens blasting, and glossy r&b jams chopped into oblivion and reimagined as psychedelic footwork music. Take “babyboy_,” the duo’s remix of Diddy and Dirty Money’s “Loving You No More,” Cakedog and Knxwledge transform Diddy and Dirty Money’s vocals into drifting mournful ghosts in the background while surf guitars and soul music organs battle it out over a raucous footwork rhythm. Some Knxwledge and Cakedog mega fans might recognize some of these tracks as having appeared online every now and again, only to disappear, but the kind of manic energy these tracks have still sound as fresh and unique as ever. Nobody’s touching Cakedog and Knxwledge.

Kampala Uganda’s Nyege Nyege Tapes are, if not the most important, definitely one of the most important, dance music labels putting out music today. The mind melting cyber punk dance music they release from producers in Uganda, Tanzania and Mali, is the best and most unique and innovative dance music being made on Earth. Their most recent release from a group from South Africa called Phelimuncasi continues their streak of great releases by tracing the history of the sound of gqom music through one group. Phelimuncasi are a musical theatrical group that performs for both the African National Congress and the Economic Freedom Fighters as political and social commentators, and the music sounds like that. Over ominous, foreboding, synths and pounding drill drums, different people in the group go between rapping, speaking, and arguing on the track and sounding like they’re berating one of the four horsemen on judgment day.

Atlanta’s Byron the Aquarius has returned with another EP chock full of soulful house music, this time on the amazing Apron Records, who, it sounds like, boosted the bass on this record and made it extra crip, and got Byron’s synths sounding extra shiny and sparkling on tracks like “End of Time.” The perfect end of summer record.

Suzanne Ciani is a master Buchla player. A Buchla is this big modular synthesiser from the 60’s that doesn’t have a keyboard to play, instead, players manipulate electronic voltages through knobs, switches, and patch cords. It looks more like a science project than an instrument, but it was meant to not look like a traditional western instrument, and the sounds that it makes, blurbing, crackling, moody, electronic sounds, isn’t supposed to sound like any other instrument on Earth. Ciani has been experimenting with the Buchla for decades now, and this live album, with it’s dynamic range, from moody soundscapes to assaulting electronic noise, is another amazing chapter in master Ciani’s life work of bringing the spirit out of the machine.

I don’t even know if this is could accurately be called “electronic” music, but what the hell, there’s definitely some electronic instruments being used here, and it’s fucking gorgeous. On their first album, Lafawndah bellowed out pop songs under clanging industrial beats, but this album lets their voice be the center piece, and what a damn voice. Under ambient soundscapes, Lafawndah belts out operatic dramas with the sonority and seriousness of a Georgian chorus. It’s choral church music for gothic emo ravers.

I was surprised to hear that Khotin is from Edmonton, Alberta, Canada, because the music on this album, and their previous albums, sounds like the perfect distillation of west coast, liquid, summer night music, but I guess you can catch that west coast breeze all the way into Alberta. Find You Well sounds much the same as Khotin’s 2018 album Beautiful You, languid, steamy ambient synths swirl around classic, crip, drum machines while smooth bass lines complete the vibe, but who’s complaining, it’s a winning recipe. The latter half of the album delves more deeply into ambient music, but it’s still ambient languid, summery, and a little eerie, like a Twilight Zone episode where someone becomes one with a sunset or something.