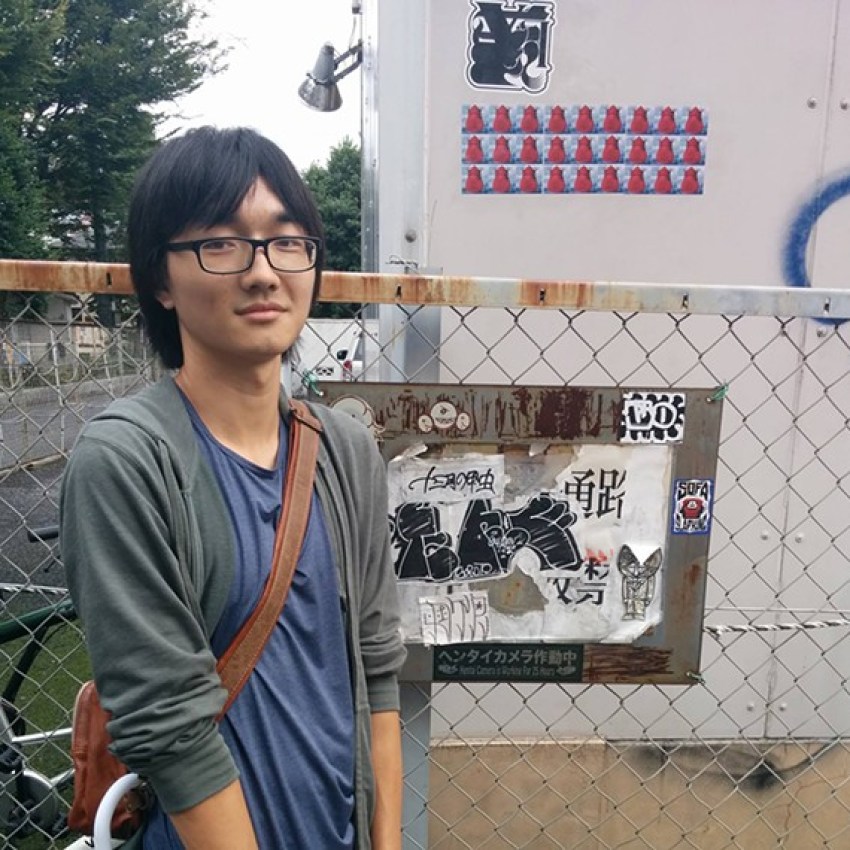 Please support our efforts to aggressively catalog the world’s best music by subscribing to Passion of the Weiss on Patreon.

Not to be overly dramatic, but there hasn’t been a Ghost in the 404 for months because I’ve been bummed the fuck out listening to this texturaly dense, fully enveloping ambient ASMR adjacent track in headphones at full volume on loop. Yaera is the new alias for Belgian-Angolan, and now Manchester, U.K. based, producer Alcides Simoes, who over the past couple of years has produced noisey industrial dubstepy music with Angolan kuduro rhythms as Nazar.

Where Nazar’s music explored the history of Angola — especially the Angolan Civil War — with rough, chaotic, tense electronic collages of machine gun sound effects, and ominous synths that sounded like circling military helicopters, Yaera, which apparently means hope in the Umbundu language, sounds like the beginning of a long exhale of peace. It’s not forgetting or necessarily forgiving the pain and suffering of Nazar’s music; there’s still plenty of rough synth and bass ambiance and skittering drum textures. But the gentle oceanic rolls of ambient synth pads, the filtered chorus, and the brief vocal samples of what sounds like people talking and kids playing makes the track feel like another world is possible beyond that world of pain and suffering — as corny as that sounds.

Vegyn – “B4 the Computer Crash”

Vegyn might be the most schmaltzy sentimentalist in dance music (okay, besides trance producers) but it’s almost impossible not to love his music. It’s hard to pinpoint where the schmaltz emanates from, but all of his tracks have this oozing aura of nostalgia, not necessarily in their sound, but more in their feeling. Vegyn loves a glitchy, crackling, drum sound a la Autechre, but the melody and chord progressions he builds around those drums are always kind of nostalgia inducing, cinematic, and always just a tad schmaltzy, kind of like Chick Corea’s playing and composing [R.I.P.]. “B4 the Computer Crash” has all that glitch and all that pretty sentimentality and haunting nostalgia that you’re looking for from a Vegyn track, so come and get it.

Perila is a prolific ambient producer from Berlin. Like Yaera, their music is best experienced on full blast in headphones where you can really get enveloped by the soft rolling textures and the ASMR like chatter of voices that fills the backgrounds. But on this track Perila adds a little trip hop: a Massive Attack like drum break into the mix with a little woozy electric piano chord changes, and a soft, monotone, sprechgesang going on. It’s sick. Like falling asleep in the back of your parents car as a kid, windows rolled down a little bit, cool night air blowing; if your parents were ravers I guess.

As more people are getting vaccinated against COVID-19, there is a certain kind of restlessness in the air, Vince Kaichan’s Lost in Time is the perfect soundtrack for that restlessness. Kaichan makes serene, almost ambient, footwork/juke music, using what sounds like samples from video games. There’s still the hard, propulsive, footwork/juke triplet drum patterns that you need, but the samples and melodies are at the forefront throughout the project, creating this interesting tension between the calm and serenity of the melodies and the yearning excitement of the drums. If we can make it there, God willing, this will be great chill out music after a footwork/juke show sometime this summer.

You gotta love ZULI. He has tremendous range, releasing everything from bassy Egyptian noise hip-hop records to out there grime/dubstepy explorations, but he’s also one of the only electronic music producers with a sense of humor in their music [Sophie too. R.I.P.]. Between the unrelenting, bang your head drum and bass barrage of tracks like “Tamy” and “Where Did You Go,” and the bass heavy, almost footwork vocal chops of “Bassous,” there are jokes on this record. The best of which is on “Bro! (Love It),” where a monstrous, rollicking, glitchy breakbeat is briefly joined by a reedy woodwind sounding instrument, which is immediately interrupted by a voice shouting “love the Arabic fusion bro!”

The breakbeat then speeds up at an unwieldy, breakneck speed. It’s later joined by the reed instrument from before. Then another voice interrupts the track asking “what happened to the North African music you were playing earlier?” ZULI, who was born in Cairo, lived in London, then moved back to Egypt, has talked before about the“neo-orientalism” of being consider a representative of Egyptian electronic music by European audiences. He says he has a “geography doesn’t matter” approach to making music,” swiping up everything from the internet and shards of his own musical memories, from hip hop, to drum and bass, grime, to North African music, and it really shows on this record.

All I want to do is hear “HER,” a blissful piece of nocturnal breakbeat from this album, played at full blast during a function sometime in the near future. On this short project, L.A.’s Neuropunk shifts from that world of perfect summer night breakbeat, to bulging bass footwork/juke sample bustdowns, to destructive high energy drum and bass acid flipouts, all of it heavy as fuck, but always nimble.

Eminem Urges 50 Cent Fans To ‘Get Rich Or Die Tryin’’

Drake Demands To Be Dropped From Younes Bendjima Beatdown Lawsuit