Rappers and perfume? It’s a more common combination than one might think. Taking a page out of his baby momma and cosmetic mogul Kylie Jenner’s playbook, Travis Scott added to his myriad of brand partnerships by teaming up with Swedish fragrance company Byredo to release his Space Rage scent.

The aroma arrived on Monday (November 30) in candle form retailing at $95 and a 3.4-ounce perfume going for a pricey $285. Of course, both items sold out with La Flame’s ragers gobbling up his latest merch run.

Travis Scott has his own candles and cologne coming soon pic.twitter.com/NC2QwlBlCH

Drake is also dabbling in the fragrance industry. Givaudan is the Swiss fragrance house reportedly wrapping its arms around Hip Hop’s Certified Lover Boy for a candle collaboration, which should arrive at some point in the near future.

Fragrance clearly means a ton to Drake, as he got the Drakkar Noir bottle tattooed on his shoulder in 2017 and Nothing Was The Same opener “Tuscan Leather” is named after the Tom Ford perfume. “Yeah, Tom Ford Tuscan Leather smellin’ like a brick,” he raps on the 2013 track. As someone who stays in the presence of beautiful women, The Boy knows he has to be freshly fragranced at all times.

Drizzy has repeatedly teased the scented aromas on his Instagram Story and the fragrances already have a home on the Revolve website but are listed as “sold-out” for the time being. Carby Musk is the most expensive at $80, while the scandalous Williamsburg Sleepover, Sweeter Tings, Good Thoughts and Muskoka will cost $48. One of these aromas will reportedly smell just like Drake does.

If you went to high school or college in the mid-to-late 2000s, there’s a good chance the guys around were wearing Diddy’s citrus Unforgivable cologne. The Sean John fragrance originally launched in 2005 and Diddy pledged to lead his fans to the promised land. “There are millions of men taking my lead, and I have to take them to the promised land of sexy,” he told the Daily News-Record. Diddy has since released a series of fragrances under the Sean John umbrella throughout the last decade.

By 2012, Nicki Minaj is the hot-ticket item in Hip Hop and brands are rushing to her door to collaborate and bring her barbie magic into the fold. Riding high off her debut album, Nicki teamed up with the Elizabeth Arden company to develop a fruity perfume encapsulating the world of Pink Friday. The perfume arrived in 2012 on the heels of her No. 1 Pink Friday: Roman Reloaded album.

“Pink Friday is a celebration of my life at this moment; it is a reflection of me as a creator, and an expression of me as a woman,” the Queens legend said in a press release at the time. “I know my Barbz will connect with and appreciate each aspect — from the name to the outrageous bottle design, to the vibrant colors that create their own song. Pink Friday shows off my personality and style; it’s exciting to express my voice through another dimension.”

She continued, “I was involved in every aspect of the decision-making process — it seems easy because I always get this feeling inside: I know if something is right or wrong. Each detail needs to ‘wow’ me or it is not an option; that’s my way of composing perfection.”

Before Power was a STARZ powerhouse drama with six seasons, 50 lent the Power name to his spicy cologne in the fall of 2009. The warm fragrance released in Macy’s throughout the U.S. and was inspired by his favorite watch, a luxe Audemars Piguet. Bottles are still available for less than $20 in 2020.

Inspired by his 2006 album of the same name, Akon launched his first fragrance in 2010 with Konvict Femme for the ladies and Konvict Homme for the guys. The cedar cologne’s bottle shape is probably the most memorable part of Akon’s fragrance creation, which uses handcuffs and a chain representative of his 2004 “Locked Up” anthem which put him on the map.

JAY-Z is the gold standard in Hip Hop. Mostly everything the man touched in his career has taken on a golden shine, which made naming his 2013 cologne an easy choice. Gold released around his Magna Carta Holy Grail album and represents the opulent and decadent lifestyle Hov enjoyed in his 40s. The pure white three-ounce bottle is still available on Amazon for around $50. 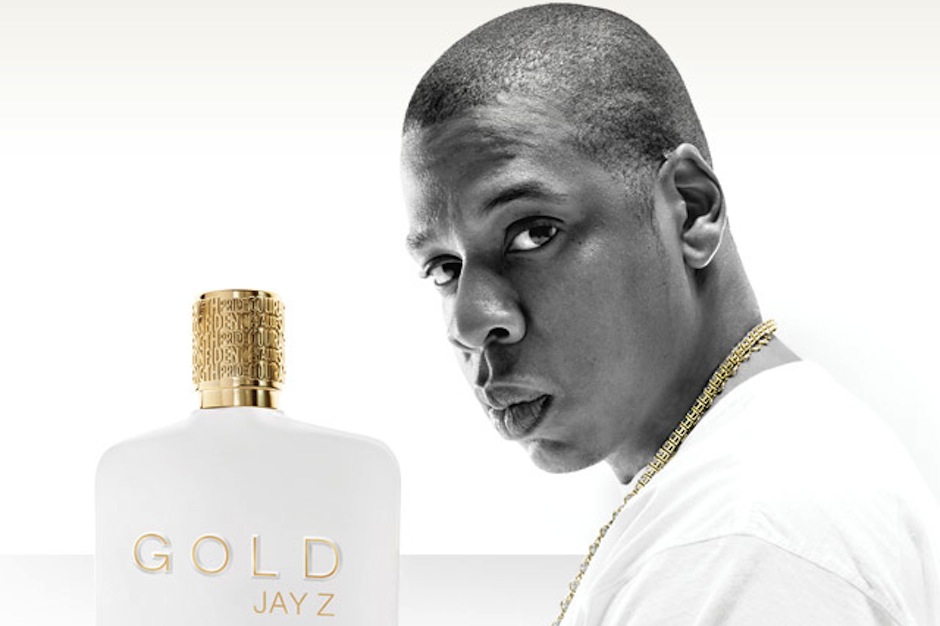 Courtesy of Gold by JAY-Z

Gucci Mane On Potential Verzuz Battle: 'They Scared Of Wop'