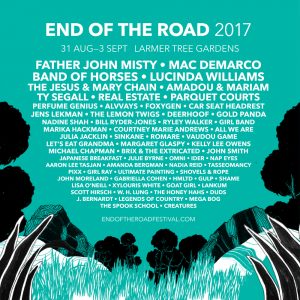 I am just back from what is now my eleventh annual sojourn to the UK’s End of the Road festival, re-energised for music all over again.

I love festivals. It is important to find the right one for you of course. They can be intimidating places depending on size, content and weather conditions, but there are so many now that it is only a matter of time until you find the perfect fit. EOTR is this to me: the right amount of people; a line-up chosen by a team with a similar musical taste; glorious food stalls and, more often than not, dry weather.

Nothing will put a bigger smile on your face once you have received your wristband, pitched your tent, got your programme and cracked open your first drink of choice knowing you have nothing more than three and a half days of ear emancipation ahead of you.

You will make plans that you won’t keep to, find random happenings that will confuse, conversations with strangers about the finer points of stagecraft and discover the need for a ‘really good’ lie down. My favourite random overheard phrase this year was in the merch tent, when a mother turned to her daughter and said,

You don’t hear that every day!?!

Most of all what I love about festivals the most (and the main reason for this article) is discovering bands that otherwise might not have appeared on my radar. I do try and do due diligence before going, trying to listen to most of the bands I haven’t come across, but it is always worth wandering around as you just never know. 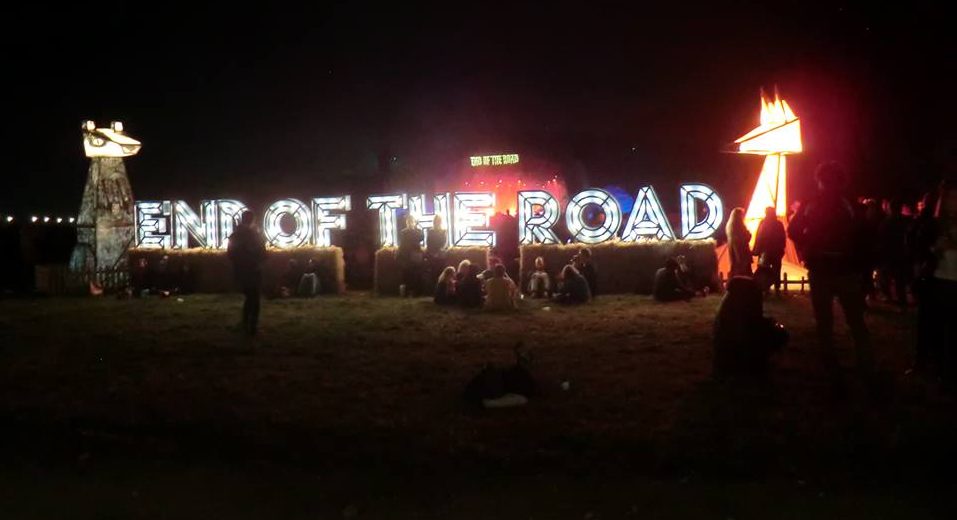 So fully enthused for another musical year, I thought I would share with you the bands that made it onto my radar this year, put a smile on my face, cuddled my ears and said the musical landscape is just fine, keep exploring.

First up the Surfing Magazines. A bit of an indie supergroup, made up from the Wave Pictures, Slow Club and Supermodel. A retro vibe permeates with that classic surf guitar sound over modern indie rock, based on a love of sixties garage. Tuneful stuff, with the current single “New Day” (below) getting airplay on BBC 6 music. Convinced me enough to buy the album and I don’t regret it.

Next Tides of Man, a band from Florida that perform grandiose instrumentals that sound like a whole film soundtrack in themselves. If you need a comparison think How to be a Werewolf era Mogwai. Uplifting, transcending, a musical journey that you never want to end. They have a new album due out at the end of the year, but in the meantime I can highly recommend the 2014 album Young and Courageous.

W.H. Lung only have one single out currently but it is certainly worth tracking down. “Inspiration” and its b-side “Nothing Is” are each around eight minutes long, a mix of guitars and synths that permeate and grow as they build. Touches of Krautrock, psychedelia and drone rock all with a driving rhythm, even with hints of Talking Heads at times. As a live act they were magnificent, with the singer pulling moves that were somewhere in between Jagger and Ian Curtis. A mesmerising performance that makes me very excited for whenever the album is due to land.

Other notable performances included Aaron Lee Tasjan with a nice line in banter, Ultimate Painting whom never fail to make me move, the Kate Bush stylings of Tasseomancy and Ryley Walker, drinking from the bottle at four in the afternoon, whose musical explorational intros just keep getting longer and longer.

There were many other great performances, by more established artists, but I thought I would just give a shout out to some of the undercard. Hope they make you enthused as they made me.