Eminem’s third studio album, The Marshal Mathers LP, turned 20 on Saturday (May 23). To celebrate the milestone, the diamond-selling MC announced a listening party for the highly revered project Twitter.

“#MMLP20 ‘I used to give a fuck/now I could give a fuck less,” he wrote in the caption. “Stan drop, Listening party and I got a new number. hit the site for more info on the 20th Anniversary of The Marshall Mathers LP.”

#MMLP20 "I used to give a fuck / now I could give a fuck less" Stan drop, Listening Party and I got a new number ☎️ – hit the site for more info on the 20th Anniversary of The Marshall Mathers LP – https://t.co/7gCFWIUuDn pic.twitter.com/jPBFP2WacE

Once fans migrate over to Em’s website, they’re greeted with the telephone number — 313-666-7440 — and instructed to text “Eminem’s number” to get first access to MMLP20 music and anniversary collections “later this year.”

Handwritten lyrics on scraps of notebook paper  are prominently displayed beside it.

As for the listening party, it all goes down on Wednesday (May 27) and Slim Shady will be answering fan questions in the live chat, but the start time is “TBA.”

Other 20th anniversary goodies include newly remastered videos from the MMLP era, including “The Real Slim Shady,” The Way I Am” and both the long and short versions of “Stan” featuring Dido. 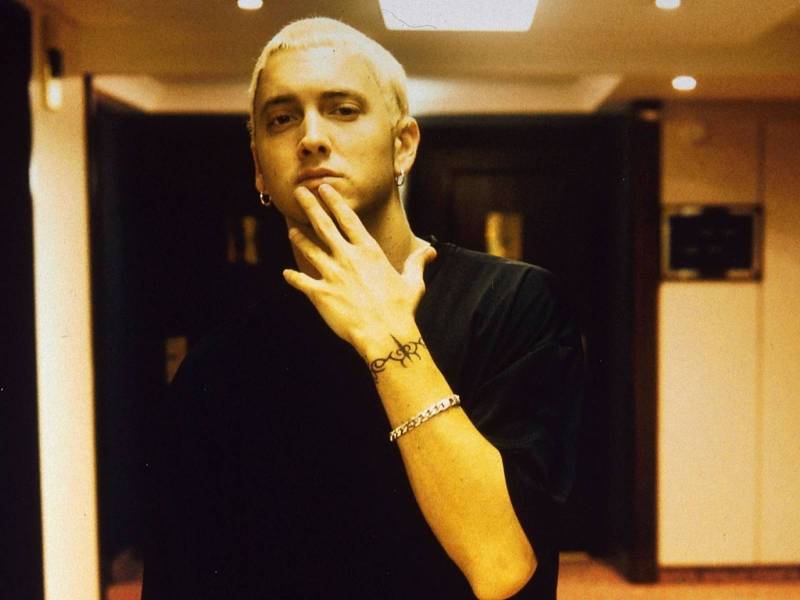 The Marshall Mathers LP debuted at No. 1 on the Billboard 200 chart where it remained for a consecutive eight weeks. It sold over 1.78 million copies in its first week, making it one of the fastest-selling albums in the United States.

The album also earned a rare diamond certification from the Recording Industry Association of America (RIAA) for selling over 10 million copies. To date, the project has sold well over 25 million copies and is one of the best-selling albums of all time.

Revisit The Marshall Mathers LP below.

X-Raided Inks BMG Deal: "This Has Been A Long Time Coming" ​

Watch: Yams Day Shut Down After Huge Brawl Breaks Out