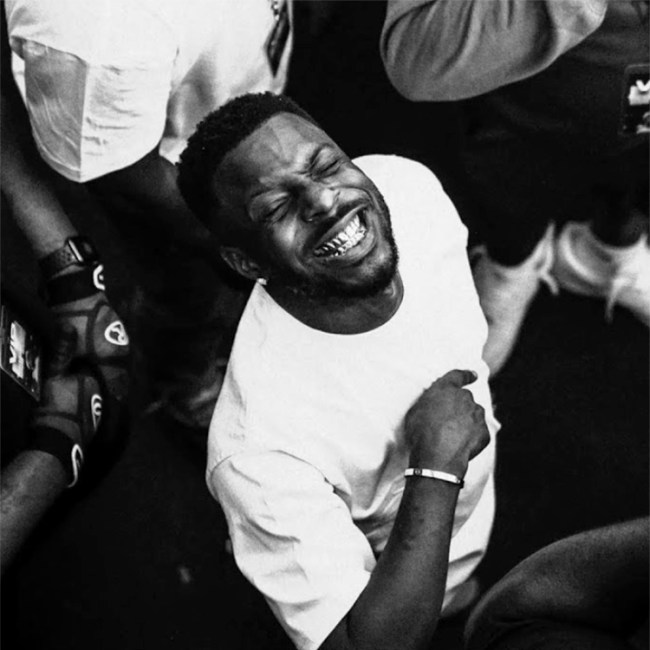 16 years of independent rap journalism with no end in sight. Keep it that way by supporting Passion of the Weiss via a subscription to our Patreon.

Dash Lewis wants you to know the legend of his hometown’s 11-foot, 8-inch bridge.

Mister Miracle is Isaiah Rashad’s favorite superhero for good reason. In the 2017 limited series, the DC comics protagonist (real name Scott Free) defeats a previously invincible foe, Darkseid. The cunning villain had control of something called “the anti-life equation,” a nebulous power allowing those who wield it the ability to convince their foes that life is without meaning and existence without hope. Mister Miracle manages to kill Darkseid, saving millions of lives, including his own. What happens next, however, is a psychic reckoning that tears him apart. As it turns out, Darkseid was Scott Free’s adopted father, and his decision to destroy Darkseid isn’t balanced by the lives he saved.

Nearly derailing his career several times over due to struggles with substance abuse, it’s understandable why Isaiah Rashad would see himself intrinsically linked with Mister Miracle. Both faced down enormous, heavy choices and prevailed against those challenges. Rashad’s new album, The House is Burning, follows a tumultuous five years of addiction, reckless spending, and rehab. Ultimately, he beat back his issues, killed his own Darkseid, and returned to the studio to deliver his most confident album to date. What Mister Miracle and The House is Burning ask, however, is how does one move on after life-altering trauma? The solution Rashad finds, through intense self-interrogation, is to accept said trauma and focus deeply on the parts of himself that feel the most true.

The examination begins immediately, starting with the opener “Darkseid.” Zay ponders the meaning of existence, asking “What am I supposed to do outside but get rich?” in the song’s hook. On “Headshots,” he pointedly asks “Who want a shot, wanna die?” bluntly considering how low his mental health fell in the depths of his alcoholism. And during the very next song, “All Herb,” Zay continues this line of questioning to its logical end. He takes the point of view that if he did want to die, he should be able to explain exactly what his life was and what he’d leave behind.

Death looms large over the album. Repeated throughout is the imploring phrase, “don’t die,” first heard in the mumbled edge of the chorus on “RIP Young.” Later, on “Don’t Shoot,” Zay’s more emphatic, shouting “don’t die, my dude!” Though he’s been ripped open by trauma, he’s chosen not to die, experiencing both the palpable joy of reaching that decision and the heavy understanding of how his actions could ripple out. The final, perhaps most important question of the album, heard on closer “HB2U,” is its most clear-headed: “If you don’t ever get yourself straight, who the fuck is you gon’ help, mane?”

There are other moments wherein Rashad’s churning mental state comes to the fore. Take “Hey Mista” for instance. The song opens, bleary eyed, with Zay describing the routine of a touring rapper. By the second verse, things begin to collapse. The song takes an ominous turn as Zay’s vocals begin to stack on top of each other, growing more and more distorted. His lyrics detail a particularly blurry sexual experience, connoting a drug-fueled and ultimately empty interaction. Behind him, a disembodied crowd repeatedly shouts “YEAH,” sounding more anxious than encouraging. More and more layers accrue, ratcheting up the tension until, suddenly, all of the noise and layers strip away, leaving only the sleepy chorus. It’s a harrowing moment bookended by disquieting calm.

Perhaps as a result of all the anxious questioning, Rashad comes off more self-assured than his previous projects. Most notably, Zay seems to have more fully embraced and internalized his Southern rap influences than ever before. On past records, he named songs after his heroes (“Silkk da Shocka” and “Tity and Dolla” on Tirade, “RIP Kevin Miller” and “Webbie Flow (U Like)” on Cilvia)—and he does so here once, naming “Chad” after Pimp C. But instead of simply namechecking his influences, Rashad synthesizes everything he learned from the music of his upbringing into a style more singular than ever.

It’s a dreamlike, languid style that feels scooped out of the South’s summer humidity. Zay finds innumerable pockets in every beat, switching effortlessly from triple time acrobatics to the star-eating warble of Lil Wayne circa The Carter III. While his jagged, staccato flow on “From the Garden” sounds like a more disciplined version of Soulja Boy on “We Ready,” it still melts into itself by the end of each stanza. He interpolates the first verse of “Bunny Hop,” a regional dance hit from early 2000s Lafayette, Louisiana group Da Entourage, into the hook of “Wat U Sed,” but sends it through a rippling tape delay. Zay even borrows the drum loop and flow of Missy Elliott’s “The Rain (Supa Dupa Fly)” on the title track, “THIB,” but doubles dry, close-miked vocals with some higher-pitched takes swimming in reverb to surreal effect. Even the most overt homages to his Tennessee roots, samples from Project Pat (“Cheese and Dope”) and Three Six Mafia (“Ridin’ in Da Chevy”), on “RIP Young” and “Lay Wit Ya” respectively, loop in the background like fading memories. It all feels intimate and effortless, as though the sounds are being projected directly into your headphones from the inside of Zay’s brain.

The production choices belie the same dedication to creating his own version of Southern rap. On his two previous outings, Rashad floated over beats that paid reverence to Southern sounds but skewed more towards the more psychedelic side of West Coast boom bap. The production on THIB, handled mostly by Kal Banx and Hollywood Cole, finds the sweet spot in the Venn diagram between the booming proto-trap hypnosis of Three Six Mafia, the silkiness of ATLiens-era Organized Noize, and the funky minimalism of No Limit in-house producer O’Dell. The bass booms and the snares crackle, grounding the humming drones and chiming guitars moving gently in and out of phase. It’s beautiful stuff that feels like Zay sorting through mixtapes that exist only in memory, searching for the perfect backdrop for his post-traumatic musings.

At the end of the comic’s 2017 run, Mister Miracle finally accepts the necessity of killing Darkseid. He understands the cruel emotional dichotomy at play—the decision to destroy his enemy was the only way forward even though doing so placed another ring of trauma around his neck. He understands that the totality of life is a string of such traumas being heaped onto our backs and the only way to progress is acceptance. Once we get to that stage, our backs get sturdier and our ability to carry the load gets easier. Zay comes to the same conclusion by the end of The House is Burning. He’s emerged from the gauntlet stronger and more confident but no less haunted by his experiences. His acceptance of the pain accrued over time comes in the form of a mantra repeated in the outro of “HB2U”: “You are now a human being.”

Conway The Machine Announces "Look What I Became…" Release Date

Dennis Graham Gets His Bars Up In "That On That" Video

Slam on the CDJ: The Best DJ Sets of September 2020