Toosii — the New York-born, Raleigh-based upstart who’s been commonly mistaken for DaBaby‘s younger brother — is gearing up to become the next rap star out of North Carolina.

Now, the rap freshman is plotting his next move and a follow-up project, which he says could house some impressive features. Check out the RealStreetRadio exclusive interview below to find out Toosii’s craziest tour stories, why Billie Eilish is his dream collab and more.

RealStreetRadio: You’re working on a new project right now, what can you tell us about it?

RealStreetRadio: You’ve got some songs in the vault then! Because you just released Platinum Heart a couple of months ago.

RealStreetRadio: Platinum Heart was your debut album and it didn’t include any features. Was that intentional?

RealStreetRadio: For sure. For this next record, do you feel ready to add some collaborations?

RealStreetRadio: You spent a lot of time touring last year — with DaBaby, Summer Walker, Polo G. What was that like?

Toosii: Man, I was on tour for like two years! Just from DaBaby, to Summer Walker, to Polo. It was a great experience. Every tour was different. DaBaby’s crowd was a little more diverse, whereas the Polo G crowd was more, like, our age. And then Summer Walker’s crowd was like, more so females. I loved it all. I was able to tap into all fan bases and I got a great outcome out of all of it.

RealStreetRadio: I remember at one of those Polo shows there was a big fight that broke out. Do you remember what caused all that?

Toosii: Yeah, that was Dallas, Texas. I don’t know — I was sleeping! 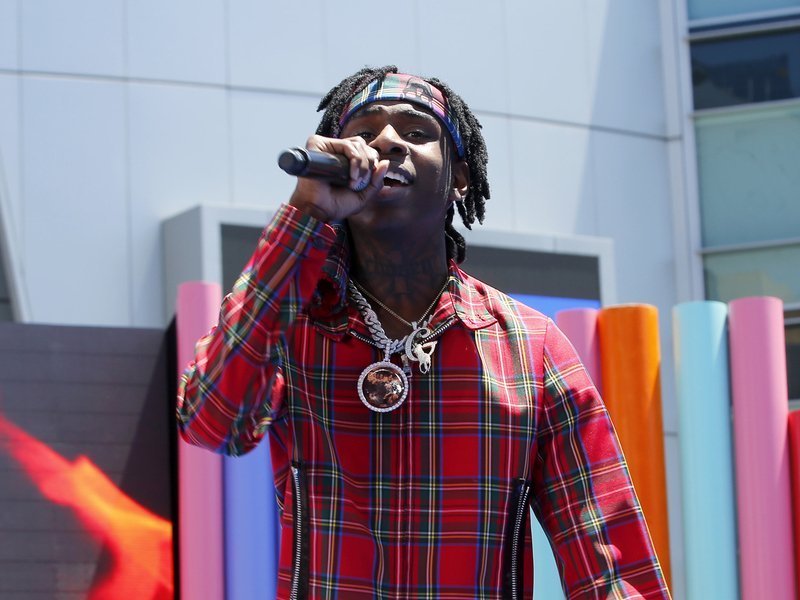 Polo G Gets Into Wild Brawl At Dallas Concert

RealStreetRadio: So you just woke up to everything going crazy?

RealStreetRadio: But you would’ve had Polo’s back?

Toosii: For sure, that’s my dawg.

RealStreetRadio: You’re tight with DaBaby and obviously you’re both coming out of North Carolina. Are you signed to his Billion Dollar Baby Entertainment or are you guys just friends? How did that relationship come about?

RealStreetRadio: You’re not originally from North Carolina, but being there now and seeing DaBaby blow up last year, did that feel like some more doors were opening up?

Toosii: It definitely did open some doors. But me, being the type of artist that I am, I feel like the doors were gonna get opened, someway, somehow. Whether it was through me, or through another artist. You gotta make the best of your career.

RealStreetRadio: You’re from Syracuse, New York and I saw that you grew up with your dad and brother making rap music. Is that what inspired you to start rapping?

Toosii: Yeah, being that they used to make music, anything that they did, that’s what I wanted to do. I just followed in their footsteps.

RealStreetRadio: I also saw that you love pop music. Is the pop/Hip Hop crossover the lane you’d like to dominate?

RealStreetRadio: Who’s a pop artist you’d love to collaborate with?

Toosii: So as far as rappers, I mean it’s a few artists that I definitely would collab with. Lil Baby, [NBA] YoungBoy, Rod Wave, Polo G.

RealStreetRadio: Final question, what do you have coming up next? No more touring, I bet.

Toosii: Yeah, tours ain’t going on right now. Not for another like two months, maybe. Well, with everything that’s going on– I’m locked in the studio!