At the beginning of her career, Brat never felt comfortable revealing her sexuality. In a new interview with Variety, she explained why not only kept it a secret for almost 20 years but also why she ultimately decided now was the right time.

“Both misogyny and homophobia created a culture where coming out would have been career suicide for a black woman in Hip Hop,” she said. “I’ve always felt like being private is the better way to go, because then you don’t have so many people in your business.

“I was fine staying quiet, but my partner is a social media mogul — that’s how she became who she is. And when you get with somebody, you have to meet in the middle. So to me, the middle was just letting everybody know: ‘Hey, she’s the one.’”

Never have I EVER. Needless to say… I’ve always been a kind of private person until I met my heart’s match who handles some things differently than I do. Thank you baby @darealbbjudy for far more than this incredible birthday gift. I have never experienced this feeling. It’s so overwhelming that often I find myself in a daze hoping to never get pinched to see if it’s real so I can live in this dream forever. SEE @darealbbjudy page for the BEST SURPRISE EVER‼️ #sosoblessed #twinflame #isthismylife #dontwakemeup #nothinghappensbyaccident

Disclosing her relationship with Dupart wasn’t planned — in fact, Brat didn’t even tell her long time manager. But now that she has, she wonders why she waited so long.

“Oh, my God, the reaction made me feel like, ‘Why didn’t I do this shit years ago?’” she said. “I got so many positive messages, phone calls, and I had at least 1,500 texts. My DMs were flooded too. Granted, some of the comments were served with a side of snark.

With the proverbial cat out of the bag, the So So Def vet has more space to be herself. Simply put, she feels free.

“If I can inspire someone or help somebody to deal with their issues and their sexuality, then I’m here for it,” she said. “It feels like a weight has been lifted.” 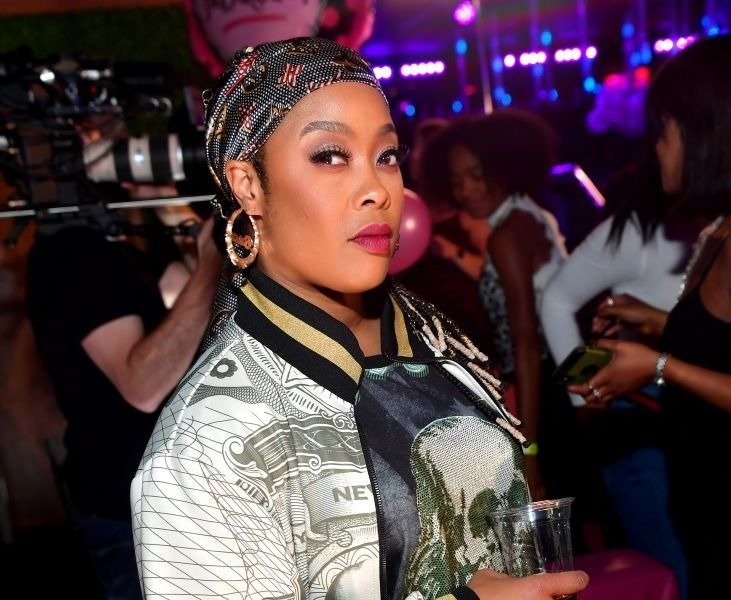 Despite some of the progress made in the LGBTQ community, Brat knows there’s still a long way to go. Her “tomboy femininity” — as Rapsody calls it — isn’t exactly a “big sell” in the music industry.

“It’s still tough for female MCs, producers and writers if you don’t have the support of a major male artist backing you — or if you’re not super-duper sexy and have some big titties and a nice ass and can twerk.

“You can’t go in there looking [tough] like I did [back in the day] and be like: ‘I’m a rapper.’ They’re going to say, ‘Let’s get you out of those tomboy clothes and dress you up in a teddy.’ But that changes who you are — and then your rhymes start changing because you look different. Then you’re not so relatable because you’re not being yourself anymore. Now you’re somebody else.”

Donald Glover Announces New Album After Saying '3.15.20' Would Be His Last