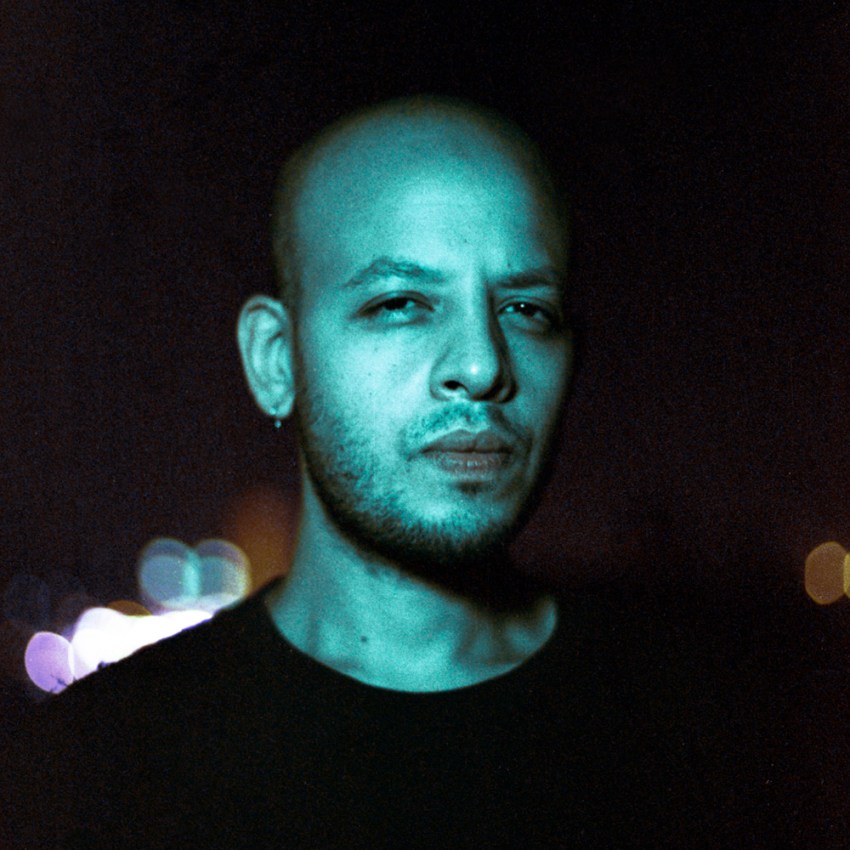 Please support our never ending pursuit of discovering the artists, stories and movements that matter in music by subscribing to the Passion of the Weiss Patreon.

In ZULI’s music, samples are often subject to extreme dynamic pressure. Rappers’ vocal tracks get minced up like confetti. Snares and kicks are frequently skewered, splintered, and run through devious sequences. Synth parts and basslines melt down into fluid shapes, sticking to the stereo walls like sonic Gak.

ZULI is the solo project of Ahmed El Ghazoly, an Egyptian electronic producer whose sound veers between hip-hop, IDM, drum ’n’ bass, footwork, grime, and ambient sound design. He makes dance music that defies expectations and destroys cliche, sounding by turns cathartic, thought provoking, and deeply moving. He’s a central figure in the awe-inspiring electronic scene of Cairo, Egypt’s capital city, and he’s been gaining a ton of attention worldwide over the past few years, with artists like Aphex Twin dropping his tracks into their DJ sets.

I first came across ZULI when I lived in Cairo; in 2018, we sat down for an interview at a Korean restaurant in the leafy Maadi suburb, where we talked about local artists and the influence of the internet on his music as he sipped a beer served by a waiter in a stainless-steel teapot. (The management didn’t want to offend the sensibilities of some of the more pious Muslim diners.) Over the years, ZULI has released several EPs, numerous one-off collaborations and DJ mixes, and a breakthrough, full-length LP from 2018 titled Terminal. He’s put out quite a few choice tracks during the pandemic as well.

His most recent effort is All Caps, a six-track EP (released in March on Lee Gamble’s UIQ label) whose breakneck pacing and brash humor delivers a much-needed jolt to a fatigued system. Here, to commemorate the EP’s release, I dive deep into the wormhole and give you a curated tour of the artist’s fascinating catalog, replete with twisted rap tracks, doomsday dream sequences, and more.

Coming off of ZULI’s Bionic Ahmed EP from 2016, “Robotic Handshakes in 4D” harks back to the heady sound of early-’90s British IDM, capturing the creativity and freshness of that era but also bringing in new ideas and techniques. The track features kick drums that pump and bounce like undersea depth-charge bombs, setting up a contrast with a mechanized snare pattern and squawking samples. The metallic, gong-like hook that recurs throughout is both atmospheric and highly catchy.

ZULI shows a great facility for electronic sound manipulation with his Numbers and Trigger Finger EPs from 2017 and 2018. Both efforts are full of angular, driving beats and perfectly sculpted hi-hats, but he also plays with texture and mood, mixing in chattering vocal samples and bubbling electronics that resemble vats of sonic ooze. His track “Trigger Finger” is the best example, sending the listener seesawing between hearty jungle breaks and a more subdued murk—it’s almost like you’re wandering between rooms at a 3 a.m. warehouse rave.

One of many collaborations between ZULI and the celebrated Egyptian rapper Abyusif, “Yatawaghal Yatasarab” reworks the sales pitch of a vintage TV ad for bug spray into a burst of raw, raspy brag raps and explosive trap drums. Abyusif is in top form as he describes scrawling X’s on eyes and frowns on faces with permanent marker, while ZULI quickens the pulse with a synth line that wails like a giant insect.

On ZULI’s 2018 album Terminal, he pulls back on his dance-oriented side to draw out stranger and more intimate shades of underground rap, ambient music, and moody electronics. Several of the 14 tracks feature Abyusif along with the MCs Abanob, Mado $am, and R-Rhyme, and at the center of it all is “Kollu I-Joloud,” featuring Mecca-based vocalist MSYLMA. Eerie drones, subdued metallic clangs, and a crippled skeleton of a beat give the feeling of a world set adrift as the singer cries out in a golden voice and classical Arabic verse about the day of judgment. The track is just three minutes long, but it could have gone on forever, capturing a fathomless well of sadness and beauty.

ZULI has made clear over the years that he doesn’t like being pigeonholed—listeners should focus on his music and his many, overlapping, internet-rooted influences, rather than buy into cliches about Egypt. He mocks clueless Western fans outright on All Caps’ closing track, “Bro! (Love It),” dropping in vocal clips that mimic the annoying lines he’s probably heard at his international DJ sets and then bulldozing over the idea of “Arabic fusion” with his own playful and cathartic collage of rhythmic assaults.

“Bombardino” came out last September on did you mean: irish, a compilation that showcases friends and collaborators who participated in “irsh,” a live music series that came to a close because of the global COVID-19 lockdown. This track is just one of multiple compilation appearances that ZULI has made over the past several months, and it finds him shaping chunks of distortion and noise against a backdrop of dreamy synths. It’s a difficult but rewarding track, and it just goes to show that ZULI always finds fresh approaches to sound and style.

Michael Jackson Fans Rally On 10th Anniversary Of His Death

Jay Rock Win, Win, Wins In New Era’s "We Reign As One" Campaign