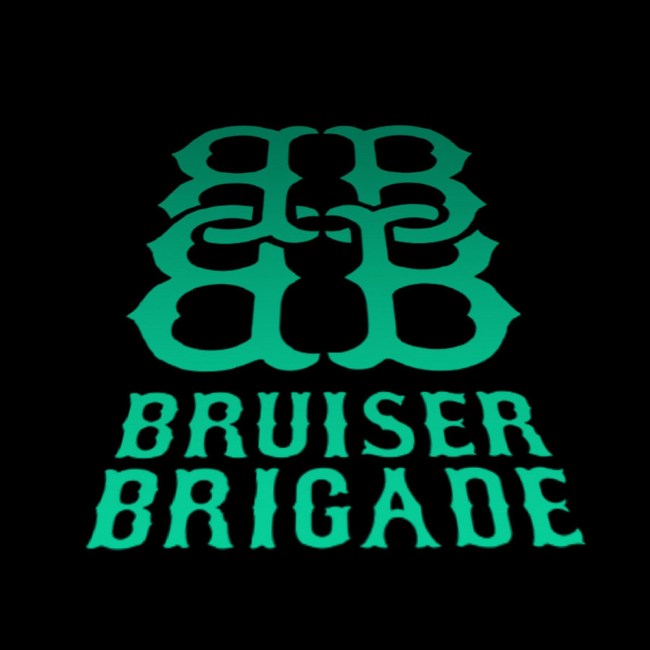 Show your support to POW’s keyboard warriors by subscribing to the Passion of the Weiss Patreon.

Son Raw is a big fan of The Michigan.

While they produced a prodigious wave of solo talent, the wave of early 10s blog rap crews didn’t pan out as groups. Odd Future proved stronger apart than together, A$AP Mob faltered without Yams’ steady hand, we never got a Black Hippy album and Bruiser Brigade… well what is Bruiser Brigade? Initially hyped as Danny Brown’s homies, their album never quite dropped (he eventually leaked it on Twitch), and in the past few years, it’s served as equal part rallying cry for his streaming sessions and umbrella for newer, closely linked associates like ZelooperZ. Since January however, Bruiser Brigade has undergone an undercover renaissance as a Bandcamp label, dropping three unique, consistently entertaining projects by Detroit emcees J.U.S, Fat Ray and Bruiser Wolf. Tethered neither to purist hip-hop nor the youth-led wave of Michigan rap dominating Youtube, the label’s three releases each contribute to a unique sound, drawing equally from contemporary underground rap and Detroit’s musical history.

First up was J.U.S’ God Goku Jay-Z, a Lil Big Pac mash up of a title that probably could have included Jordan had the Pistons not consistently proven a thorn in Mike’s side in the 80s. The shortest of the label’s recent releases and perhaps the most straightforward, it’s nevertheless a fascinating mix of influences, combining boasts about selling Bitcoin to buy drugs with Dragonball Z references in a mix of pop culture cool and street ready ruggedness. It’s also defiantly Midwestern: J.U.S’ voice is a deep, laidback drawl that cuts through the production like a hot knife through butter, the kind of cheat code that separates 20 minutes of punchlines and boasts from more average underground releases. Less bombastic in its mythmaking than a Griselda or Roc Marci tape but more grounded than the slippery post-trap dominating Michigan’s youth scene, it’s the kind of breezy, shit talking rap album that was Detroit’s bread and butter in Dilla era, and a style that’s still welcome today.

Santa Barbara by Fat Ray (not to be confused with Babyface) is cut from a similar cloth, but it’s more haunted and tinged with remorse. Ray dropped a slate of releases in the mid to late 00s, including a particularly banging tape with Black Milk, before falling off rap’s radar for a decade, but Santa Barbara feels more like a proper debut than a comeback. Splitting the difference between punchlines and pathos, the record is a ground level survey of the pitfalls of dope dealing, and of the three releases, it feels the most connected to the hard-nosed street rap coming out of Upstate New York. But whereas an emcee like Benny The Butcher keeps an icegrill 24/7, Fat Ray isn’t afraid to crack a joke or let a bit of light shine through the darkness. Additionally, the production ,mostly courtesy of crew highlight Raphy with additional contributions by Black Milk and Crisfantom, is less tethered to Mobb Deep and Wu-Tang, complimenting the bars with a mix of cinematic jazz a freewheeling drum patterns that’s defiantly D.

Finally, Bruiser Wolf’s Dope Game Stupid is proving to be a critical release for the crew and label. Wolf proudly boasts that he’s got his own sound like an instrument and he’s mostly right, even if there are antecedents to his unique yelp, Suga Free, CeeLo Green first and foremost. Regardless of who fathered his style however, Dope Game Stupid feels oddly in sync with a much younger wave of rap music emerging out of Michigan and California, as Wolf doesn’t ride the beat so much as ping pong around it, speeding up and slowing down, and making hairpin turns around whatever percussion Raphy throws at him. This makes it the perfect listen for anyone intrigued by the humour and musicality baked into rap’s newest flows, but occasionally bored by the production template of synths and 808s. Hearing Wolf careen across the woozy production with a mix of groaners and genuine belly laughs is fun as hell, but when the humour gives way to consequences on the Knxlwdge produced ‘Momma Was a Dopefiend’, the pay-off reveals real pain behind the bravado.

These records aren’t destined to convert a generation of Sada Baby and Tee Grizzley fans to rap purists, but they once again reinforce the notion that Detroit (and Michigan) rap can’t be tied down to a single style, and that the region’s strength is its ties and ability to draw from New York, The South and California in equal measure. Plus if Danny Brown’s own forthcoming XXXX release sounds anything like this, it’s gonna be a good one.

The Best Wrestling Matches of 2020