Lil Wayne’s Young Money Radio show has boasted a handful of notable guests, including Drake, Eminem and DJ Khaled. On Episode 8, Wayne welcomed his longtime collaborator Mannie Fresh and confirmed they were once again teaming up for a new album.

“Everybody always know, the chemistry started with me and you,” Wayne says. “And they always wanna know when we gonna have the actual Wayne and Fresh project,” to which Fresh replies, “Oh yeah, bro … as soon as you free up, I’m coming out there. But what you just said, that’s something the whole world has been asking for forever.”

He adds, “Before it’s over with, 2021, after this whole coronavirus bullshit, we will drop the album and it’s just gonna be solely me and him [Wayne].”

Fresh posted a clip from the interview to his Instagram account on Sunday (June 28), doubling down on the news.

“Young Money Radio wit @liltunechi,” he wrote in the caption. “For everybody who keep askin! Shout out @liltunechi @beats1official @applemusic.”

For everybody who keep askin! Shout out @liltunechi @beats1official @applemusic

Of course, Wayne and Fresh have confirmed another collaborative album before. In 2018, Fresh told LiveXLive they recorded 13 songs during Tha Carter V sessions then in a March 2019 interview, Fresh said The Fresh Files was in the works.

“People are asking when are we’re going to do this, but it can’t interfere with Tha Carter,” he said in an interview. “We have to let it get to the point where they feel like now go ahead you can do this. I get it, because it’s not just him. It’s Universal and all of that. The label is like, because Mannie is your dude, we’re allowing Mannie to do this. It ain’t got nothing to do with Universal. It would be purely just me. The world is definitely going to get those records. If I could’ve put it out with Universal it would’ve been out.” 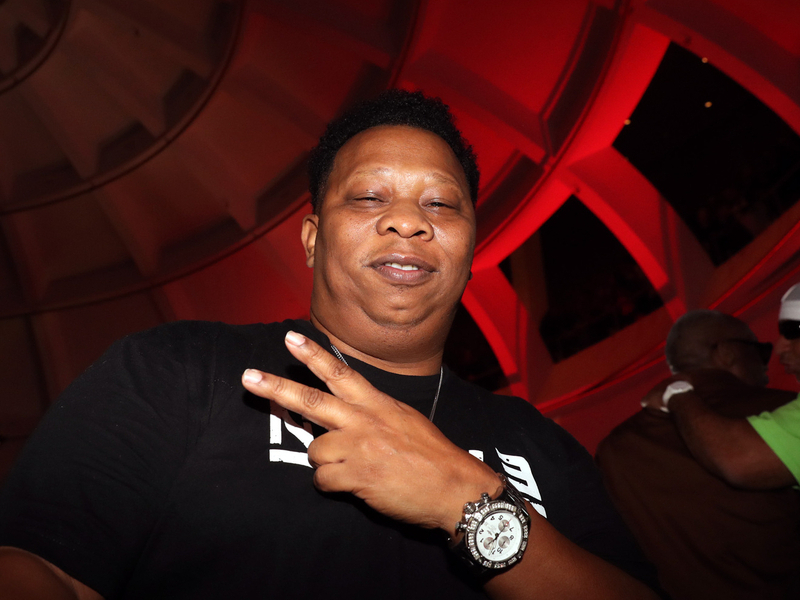 He added The Fresh Files would include unreleased songs as well as the original versions of “Start This Shit Off Right” and “Perfect Strangers.”

“I feel like it’s the Wayne that people want to hear,” Fresh said. “The format of those songs are even different from the two that are on this album. The format on ‘Start This Shit Off Right’—that wasn’t the way the song was put together. There were some people that felt it was too musical and they dumbed the song down.

“On the project that I’m putting out, you’re going to get the version of how the song was before it was touched. When you do something with people, you have to compromise. By no means am I arguing with it. At the end of the day, that’s Wayne’s baby. Tha Carter is his thing. I get it. Tha Carter was important to him. Wayne was gone for so long, so I knew why he was so protective of how he did this one.”

The last time Fresh and Wayne worked together was on 2018’s Tha Carter V.

Travis Scott Meal Is Too Popular For McDonald's To Handle