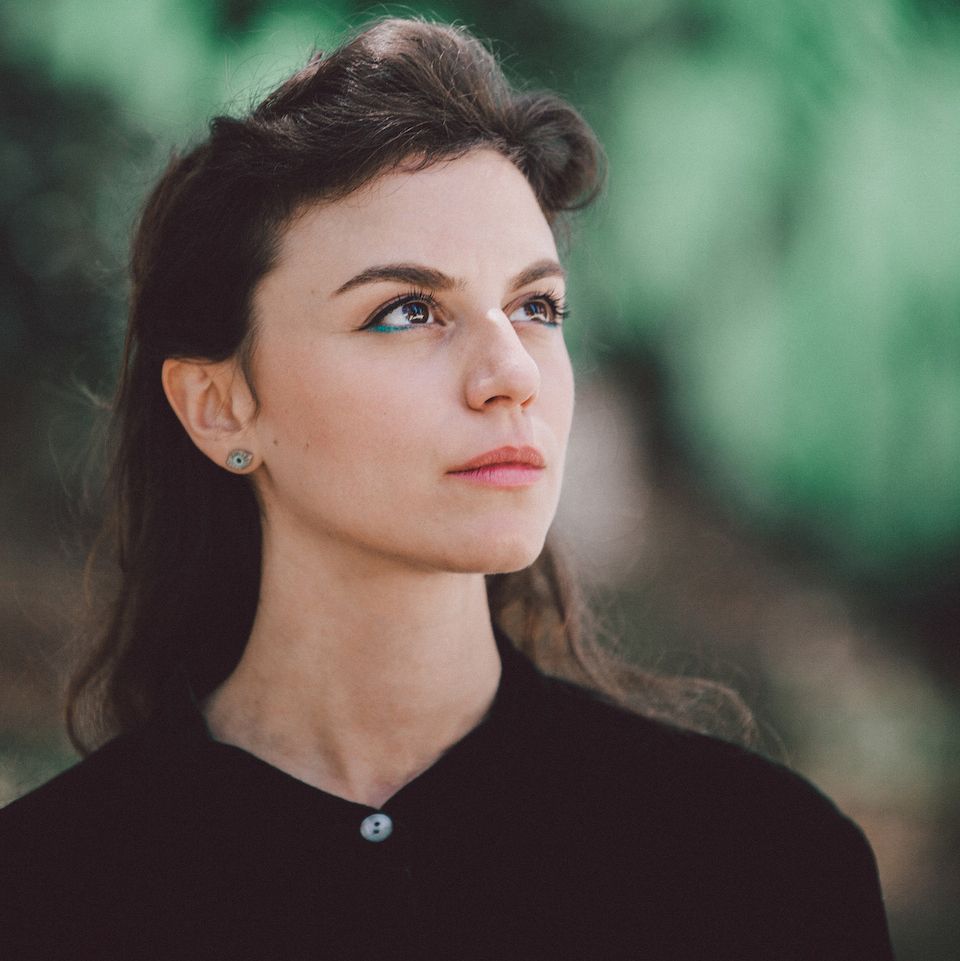 Please support the realest collective of music writers on the internet by subscribing to Passion of the Weiss on Patreon.

This article is taken from Will Schube’s newsletter, Albums I Can’t Write About For Profit. Subscribe here to access the entire archive.

I’ve been a fan of Angel Deradoorian’s music since I quite literally first began down this wretched path as a 16-year-old with a blog. For the OGs here―not sure there are any―you may remember The Tape, a WordPress site a few high school friends made to write about good music, bad music, and decent music. In all honesty, we kept it up for the free concert tickets and the promo MP3s we could brag about in the courtyard at our high school, but it was a surprisingly successful little site and early on I reached out to Deradoorian about an interview surrounding her debut EP, Mind Raft.

Mind Raft is a funky record, decidedly of the era from which it came but a surprisingly illuminating guiding light for everything Angel’s doing now. Truthfully, I reached out to her because I was a massive fan of Dirty Projectors, the band she had become an integral member of, serving as one of the original female voices that would bring the band its most consistent level of fame in the early 2010s. When she said to stop by the merch table at their show in LA to discuss interview times, I was excited beyond belief, and while the interview never came to fruition, my brother and I did get to be extras in a canned video for “Temecula Sunrise” and I got to drink too many beers (probably four) at the home of Dirty Projectors’ press representative. A relationship with a bonafide rock star had been formed, and I was feeling my goofy William Miller ass.

Fast forward to 2015, Angel Deradoorian has left Dirty Projectors, and her side project with Animal Collective’s Avey Tare, titled Avey Tare’s Slasher Flicks fizzled. Her debut album, The Expanding Flower Planet, is one of my favorites of that year, a springy opus equally indebted to Alice Coltrane and ‘70s fusion. “A Beautiful Woman” has been rattling around my head ever since I decided I wanted to write about her new album in this column, and that tune is as unimpeachable now as when it came out five years ago. The live video featuring Angel’s sister, Arlene, is an absolutely mesmerizing performance.

Around the time she released that album, Deradoorian moved to Big Sur and immediately began working on what would become Eternal Recurrence, a propulsive meditation-as-music performance that aims to answer questions big and small―ideas personal to Deradoorian and concepts globally understood. I profiled Angel  for that record, and the idea of music as a truly healing force permeated our conversation. Deradoorian―a self-described skeptic and cynic―has always used the deep vibrational spirit of music to move away from her negative energy:

For Deradoorian, creating music is a meditative practice that allows her to slow down and embrace the world. “I’m a very emotional person,” she admits, “but when I sit down—mostly doing drone style music, layering sonics—I feel more connected to a larger source than my shitty psychology that holds me in a weird chamber of hell.” The songs on Recurrence mirror this battle between earthly trappings and the great unknown. In a sense, it’s an atypical love album centered on the joy of appreciation.

One thing that I love about Angel’s music, and this new album, Find the Sun, is perhaps the best example of this yet, is how easily she’s able to communicate the themes of her work through the musical styles she employs. In the press-driven media bullshit blechhhhh landscape, writers are fed a thing or two to latch onto and use to center an album. That’s partly why I started this newsletter. I’d rather just write about what I love with the narrative pivot being the way new music interacts with old, how trends meld with each other, how discographies are less linear charts than an a bunch of chaotic forces yelling at each other until some sort of harmony forms. But when you listen to Deradoorian, the throughline, the overarching philosophy of her work is palpable and radiant; you want to grow with her. You feel a connection to exactly what she’s feeling, and it’s prescriptive without ever being didactic in the slightest.

Find the Sun was in many ways a direct reaction to the isolated experience of Eternal Recurrence. Somehow, Angel is both very analytical and prescriptive about her music, while still relying on instinct, feel, and trust to carry the weight of her work. Regarding the need for a full band experience after the intense isolation of Eternal Recurrence, she had this to say during our most recent conversation:

I needed to go do that isolated period to understand how to play music by myself and with myself in a different context than just playing guitar or a keyboard. That was a really crucial experience to understand and develop my own personal style. Being that isolated is pretty difficult for a person in general, so I moved back to New York City and just started collaborating with people for a couple of years. It was really important to start improvising with people and having musical conversations with people and feeling the connection through music. There’s something very, very amazing in watching yourself grow and other people grow through the process of playing music with each other.

The people she recruited for this album, Samer Ghadry on drums and Dave muhfuckin’ Harrington on bass and electronics couldn’t be more tailored to your boy Will Schube’s taste. I am a full-on disciple of Dave Harrington’s Church of Psychedelic Jazz. Here, he brings texture and tone to the record, giving it the krautrock-y feel Angel was going for. “I wanted to make a krautrock record,” she said. See, I wasn’t lying. But the album also plays with Medieval mysticism and there’s a surprisingly hefty dose of the recorder. It rips. It feels worn and improvised without showing the seams. The drums are recorded perfectly. It’s just an all-encompassing experience.

Add all this up and you get one of the most superlative and contemplative records of the year from one of my favorite musicians on the planet. It blends intellectual rigor with directly powerful calls to action. After years of playing solo because the idea of joining another band was awful and triggered memories not worth revisiting, Angel Deradoorian has found a new community of players who also believe in the life-altering power of collaboration and deeply connective work. When someone like me writes a sentence like that, it’s corny as all hell, but when someone like AD talks about it, you want to make things, you want to do things. It’s the kind of magic that can convince you to dedicate a career to NOT EVEN PLAYING IT BUT WRITING ABOUT IT. That’s how powerful this shit can be. That’s what I feel when I listen to Find The Sun, when I listen to Angel Deradoorian.