Snoop Dogg is doing some groveling on Problem’s remix for “Don’t Be Mad At Me” featuring Freddie Gibbs.

As part of Snoop’s contribution to the track, the West Coast legend apologizes to his wife Shante Broadus for past indiscretions, admitting he felt “ashamed” for the way he’s treated her in the past.

“I’m tired of sayin’ sorry for the same shit/Damn near lost my queen, fucking ’round with that lame bitch (What? What? What?)/Ashamed of myself ’cause I shamed you/Good or bad, right or wrong, we always bang through/The BS or we went out the ES/You wanna buy the mall, I’ma let her no PS/Cars, purses (What?), diamonds, VS/Real ghetto love (Ayy), two steppin’ at the GS (Come on).”

Snoop then professed his eternal love and devotion to Shante with, “You’re thicky thick, go and shake it for me baby (Baby)/Picture perfect, let me take it for you baby (Baby)/No cap, I ain’t shit without you/And I put that on my momma, I’d die for you baby boo.”

Problem explained in a press release why he wanted to do the song and was happy Snoop agreed to participate.

“I want this song to help couples get through these tough quarantine times together,” he said. “Don’t sweat the small stuff. Being the bigger person is the key. The song was actually recorded as a real apology. I was wrong about something we had a small argument about and instead of just saying sorry, I went and did the song and sent it to her. It worked lol.”

Snoop and Shante — who met in high school — married in 1997 and have three children together. But on the outside looking in, their relationship hasn’t exactly been smooth sailing. 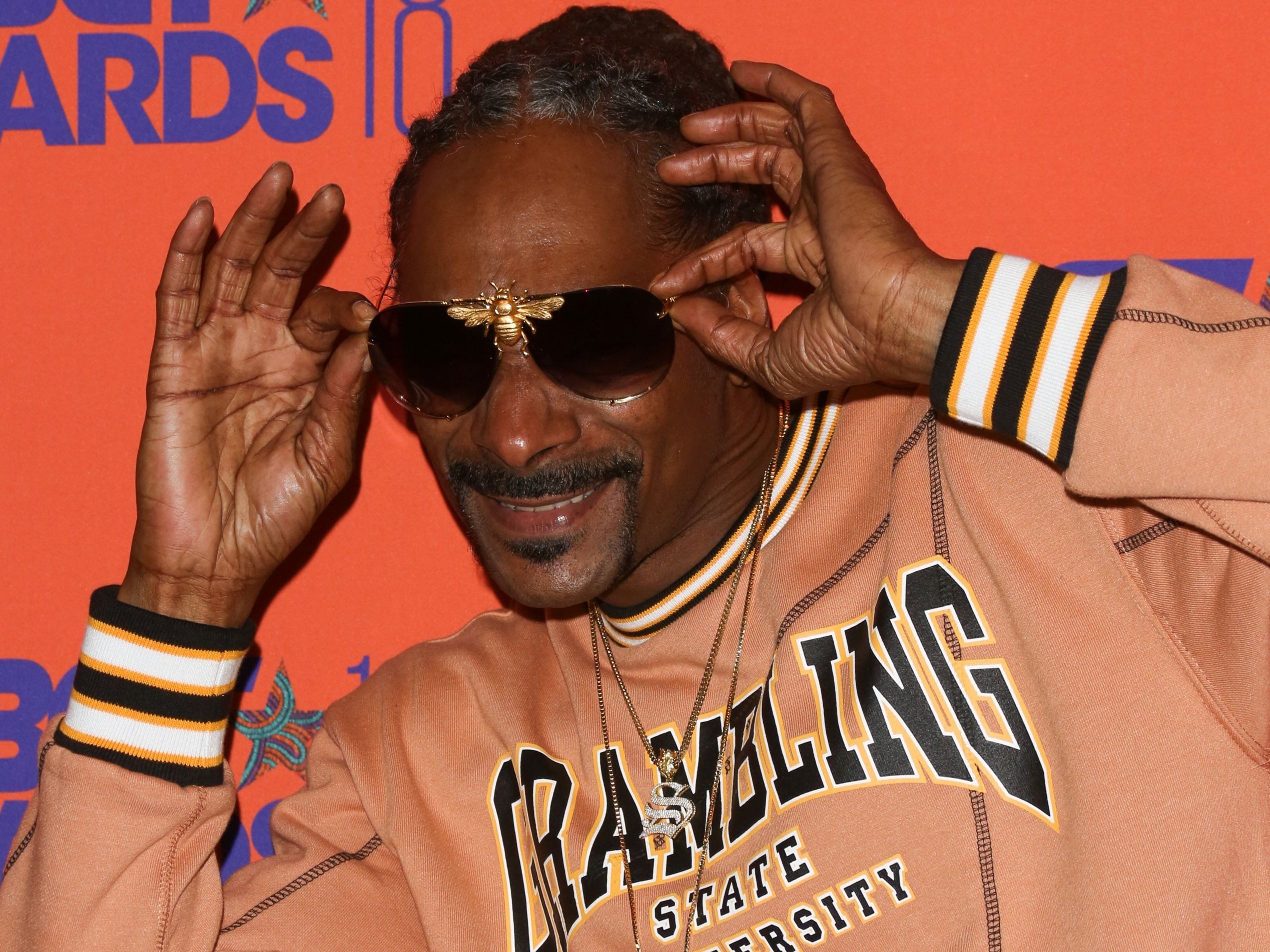 In July 2018, professional internet troll Celina Powell attempted to smear Snoop’s name by suggesting they’d had an affair. In a since-deleted Instagram post, Powell — also known as “The Black Widow” — claimed she had sex with Snoop while listening to his gospel album, Bible Of Love.

Snoop later flipped the script and said she’d been nothing more than bait for his new show Clout Chasers (which has still failed to come to fruition). In a trailer for the show, Snoop mentions Powell’s infamous plot to fake a paternity test and claim Offset was the father of her child and gives a glimpse at his clout-chasing sting.

The video clip shows Powell’s alleged receipts were all part of the stunt.

“Where do you audition for season one?” Snoop says. “You already did, bitch.”

Check out the trailer below.

Dr. Dre's Wife Claims He 'Forced' Her To Sign Prenup As $1 Billion Divorce Heats Up

Tom & Collins Getting a “Different Kind of High”