Akademiks is returning to his rap roots — at least that’s what he says. According to a recent Instagram post from the outspoken media personality’s verified account, he’s been not only relieved of his duties at Complex, but he’s also permanently banned from ever using Twitch again.

On Sunday (July 12), the (former?) Everyday Struggle co-host announced he was resurrecting his Lil Ak rap persona and provided a snippet of some unreleased music.

“Since Meek Mill cancelled me and got me fired from Complex and banned for life from Twitch… I gotta resurrect my rap career,” he wrote in the caption. “LIL AK is back reporting live from the otherside of the TRENCHES!!!!!!! UBER EATS FREESTYLE OTW.”

Since Meek Mill cancelled me and got me fired from Complex and banned for life from Twitch… I gotta resurrect my rap career… LIL AK is back reporting live from the otherside of the TRENCHES!!!!!!! UBER EATS FREESTYLE OTW

Akademiks found himself at the center of controversy numerous times over the past couple of weeks. Not long after Freddie Gibbs called Jeezy “musically irrelevant” in an interview, Akademiks flipped the script and said Gibbs was “absolutely irrelevant” if Jeezy is.

That kicked off a ruthless back-and-forth between Gibbs and Akademiks on both Twitter and Instagram that went on for days. At one point, Akademiks hopped on his now-defunct Twitch account and went on a rant about supermodel Chrissy Teigen, referring to her as a “bitch” multiple times.

Consequently, he was “suspended” from Everyday Struggle for at least two episodes — despite his half-baked apology.

“I definitely wanna start off by kind of like apologizing for some of the stuff that’s been going on outside the show,” he said on July 2. “In particular … I think I definitely went over the line when I was disrespecting women. It just wasn’t right. After thinking about it, even seeing the clip, it’s nasty.

“Truth be told, given everything that’s going on not only the world, given what’s going on with the current climate at Complex and also former employees and current employees , also working with Nadeska, someone I have a lot of love for, I just felt it was completely out of pocket.” 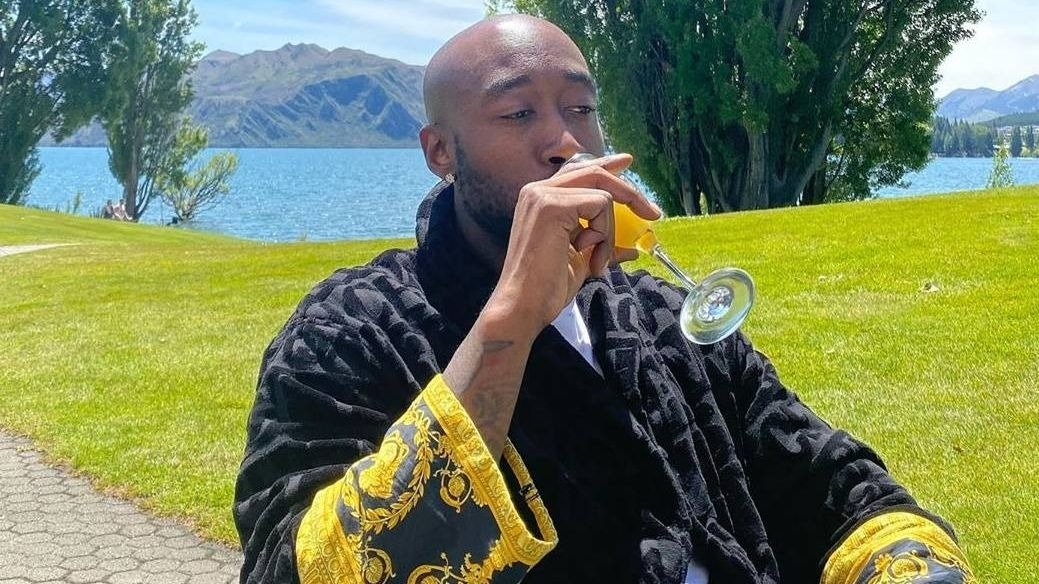 Freddie Gibbs Vows To ‘Torture’ Akademiks Until He Quits His Job

Akademiks’ admission provided Gibbs with more ammo in their online feud and he quickly capitalized on the moment with a meme from Big Fendi with his own head photoshopped on a funeral attendee’s body.

Gibbs included a tweet that read, “Complex has suspended @Akademiks for his comments toward @chrissyteigen. He will be apologizing to her on the next EDS episode. Twitch has banned Akademiks for promoting careless behavior (excessive drinking and ranting like a child). He will appeal.”

He wrote in the caption, “Just left a service for @akademiks. RIP.”

As far as Meek, Akademiks has also been entangled in some web beef with the Dream Chasers founder. After initially promising not to post Meek on his Instagram account anymore, Akademiks continued to slam Meek via Twitch.

On June 30, Meek tweeted Akademiks was “canceled” because “he’s a bad police and the culture don’t need them.” But Akademiks promptly fired back and insisted Meek can’t cancel anyone.

Fabolous Reveals Emily B Is Pregnant With Their 3rd Child Together

Blueface Gets Smacked By His Baby Mama While On Instagram