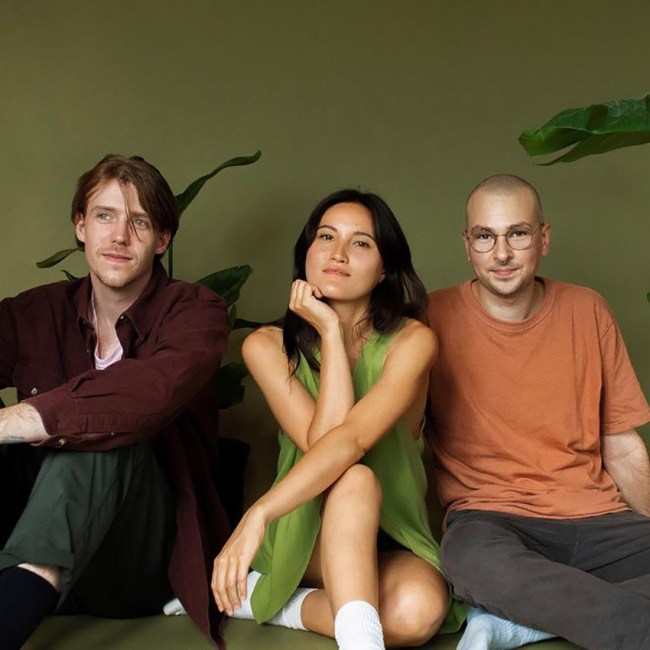 Support our staff of some of the best music journalists out there by subscribing to Passion of the Weiss on Patreon.

Calling all tattoo artists: Chris Daly is looking to get some permanent ink of a bear eating ramen.

There are few activities more satisfying in life than an afternoon bike ride. Whether spent in quiet, contemplative meditation or with a gaggle of friends enjoying one another’s company, something is both relaxing and releasing in the effort. Musician-producers David Tanton (aka Rhoda/Tender Spring), Éloi Le Blanc-Ringuette (aka Thomas White) and Lia Kurihara (aka LIA) beautifully tap into this vibe with their aptly named trio, Afternoon Bike Ride, on their self-titled debut on the beloved Friends of Friends label (which is quickly becoming the go-to source for the finest in hazy, laid back jams). What started as a side project for the Montreal-based trio has blossomed into a purposeful thing.

Collectively, they have amassed hundreds of millions of downloads for their solo projects, and following a particularly fruitful evening musically on the roof of Tanton’s apartment, the trio decided to make things official as a band to see how much stronger the group could be together. With a Canadian sense of community and belief in warmth through otherwise cold and stark instances, ABR is the latest connective tissue between chillhop sensibilities and dream pop aesthetics. Though not the first group to truck in this emerging sub-sub-genre, they certainly are one of its most entertaining leaders. Those familiar with the downbeat scene will hear similar strains from artists ranging from Mecca:83’s jazzy compilations to Somni’s narcotic grooves, splitting the difference between leftfield beats and bedroom production while enveloping the listener in a big, sloppy, sonic hug.

From the languid opening of “Dog Years,” ABR dares to ask the musical equivalent of does this smell like chloroform to you? Moving right along, the journey is at times pensive (“It’s Alright”), at times hazily upbeat (“I Can Only Imagine”), but always warm and comforting. As with all good collectives, the trio makes ample room for additional riders, a virtual who’s who of the downbeat, lo-fi scene, from Sleepy Fish (the piano and percussion-led instrumental “Grid Search”) to Santpoort (the bubbling “Sprinkler Oasis”) to Naji (with an obvious nod on the Quebecoise “C’était”). Vocals are crisp and clear throughout, while instrumentation often sounds purposefully muddied through old timey speakers, all to narcotic, early-stages-of-the-flu-where-shit-starts-to-get-weird effect. “Sunday Sketch” is a standout, taken from the band’s criminally overlooked Skipping Stones EP from earlier this year.

While low tempo music always runs the risk of becoming little more than background noise, ABR deftly avoids the usual pitfalls by adding heartfelt touches and never staying in the same lane too long, lifting the music to a more rewarding place. While the band truck in nostalgic sounds, they never seem beholden to the concept, letting the music take them where it may. It won’t be long after hitting play you’ll find yourself digging through your garage to bust out your Schwinn and prepare for a post-meridiem cruise of your own with ABR as your soundtrack of choice.