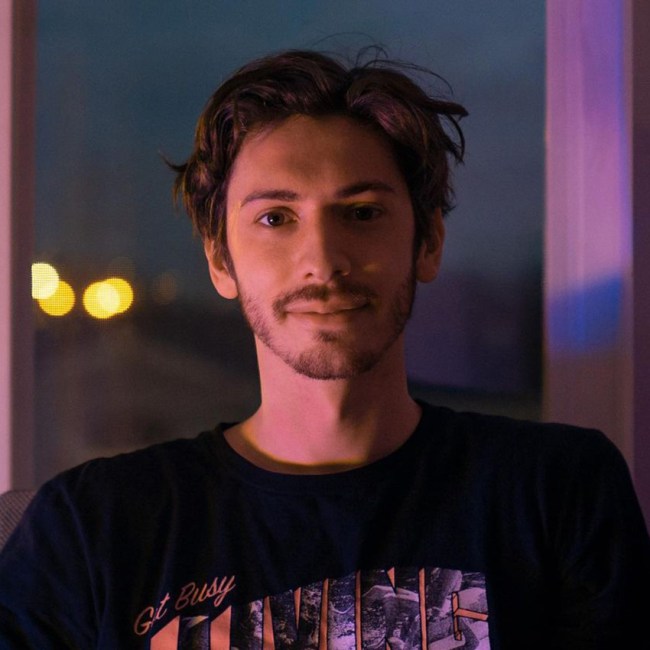 Please support our efforts to aggressively catalog the world’s best music by subscribing to Passion of the Weiss on Patreon.

Chris Daly used to be a straight-A student, now he’s a crook

Ain’t no dust on Joey Pecoraro. Over the past couple of years, the Alpha Pup signee has created a raft of low impact beats and grooves for those who prefer their hop of the chiller variety. Equally if not more importantly, each of his last few successive releases, while maintaining an overall vibe, provide markedly different takes on the genre as the self-professed “guy from Michigan” spreads his wings and shows the world exactly what he’s capable of accomplishing.

While his full-length 2019 debut, Sea Monster, trucked more in hazy synths, Old Time Radio, his latest, aligns more closely with his 2020 EP Forgot My Keys, splitting the difference between laid back keys and nostalgia laden audio clips. As is the best music in the chillhop vein, Pecorara succeeds best not by blowing the listener out of his/her seat, but by enveloping him/her in lush soundscapes the consistency of a fuzzy sweater (and just as warm and cozy). Album opener, “Bent,” starts with a conversation between two lovers, one obviously older than the other, and the powerful line, “I understand. I am old, and you are young and beautiful. This is your first love… and this is my last.” The days of yore mentality carries the material, from the child pondering “what does a ghost really look like?” on the subdued, “It’s OK to Feel Blue” to the stand-up bass plunking on “Morning Walks.” While piano is found either in the heart or nooks and crannies of nearly every track (“Kendell,” “Loss,” “Chicago Streets,” etc.), don’t be mistaken into thinking JP is anything resembling a one-trick pony, as evidenced by tracks like “:),” where the ivories give way to distorted vocals, though all admittedly wrapped up in Linus’ security blankie goodness.

Similar in sound to L’Orange’s earliest works, the young maestro quickly is establishing himself as the go-to for late, late night afterhours grooves. Stay up late or get up early — either way, Joey Pecorara is worth the time investment.