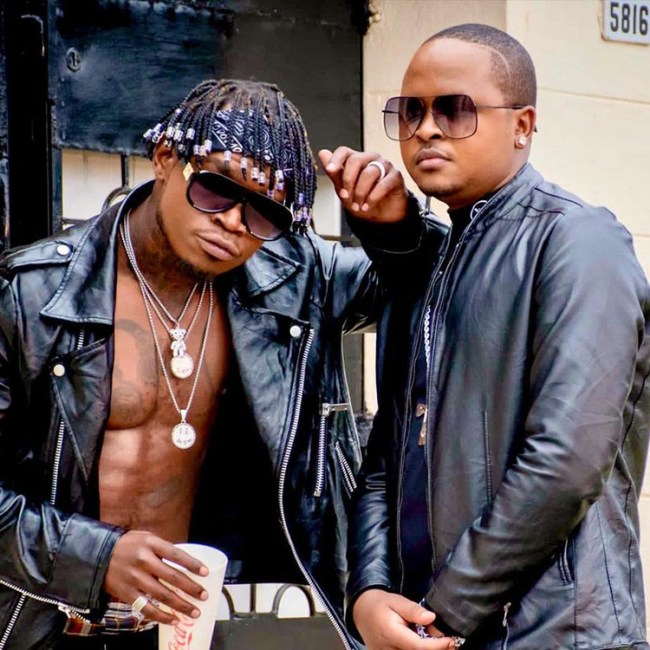 If you hang around YouTube long enough looking for African bangers, you will easily understand why the Kenyan scene is such a powerhouse. At this point, the sub-genre of Gengetone is already an unstoppable force, and among its greatest exponents is super-producer MavoOnTheBeat. Mavo has a golden touch in his instrumentals, always finding the right touches in the riddims to make them stand out, and most importantly, the right spacing to make the MC shine, always playing to their strengths.

These two jams are indisputable proof of that; the first one is “Vile Si Hudu”, where Mavo takes a melodic route akin to dancehall, which works to perfection with Nexxie’s and Tdat’s voices, both toasting and deejaying in an auto-tuned Swahili, the titular phrase acting as an anchor in every hook, and also as a counterpoint to the synths. The latter is pure Gengetón (without the ‘e’, to emphasize the reggaetón association); a catchy loop, a tumpa tumpa rhythm, and a couple of MCs going to town with it. The simplest trick in the book, but it works.

Hailing from mighty Nigeria and under Don Jazzy’s Mavin Records, Ayra Starr is kind of a prodigy. The 19-year old rising star is creating a huge splash in her home country due to her multi-faceted talents, her conceptual solidity, and of course, her tunes. “Bloody Samaritan” is a great example of what I call “the two-chord Nigerian vibe jam”; a songwriting approach that has been used to perfection by Tiwa Savage, Burna Boy, and Olomide at his most reflective. You know the formula; an atmospheric synth — or in this case, an organ — playing a couple of chords in an ominous, engulfing manner, a beat with a clave cadence, and great melodic runs. Ayra Starr rides that instrumental like a magic carpet, her silky tone unlocking new areas in the brain, and leaving you breathless at the end.

Ethiopia is the second most populated country in Africa, and yet we’re still not as aware of what’s usually going on in their cultural and musical scene. Yes, there are several Ethiopian (and Eritrean) musicians doing spectacular things in the diaspora (Kelela immediately comes to mind), but what happens locally is a whole other issue. To be clear, Ethiopia contains multitudes, different ethnic groups creating different styles pretty much designed for internal consumption, but you can easily hear some standouts in every region. Among them is superstar Zebiba Girma, one of the most recognizable voices in the country, whose “Ayehu Gela” offers a modernized take on traditional styles with reminiscences from other regions as well — as everything in the Horn of Africa —, but it’s her voice that powers the tune and drives it forward. The melodic abilities and the sheer strength in her tone are just enthralling, as the hyper-complex 6/8 rhythm syncopates in ways unfamiliar to most Western ears and the strings pull you further into the void. I can only describe it as hypnotic, but it doesn’t make it justice.

Time for your weekly dose of Bongo Flava. Tanzanian upstart Marioo gives us “Wow” a tune that stands out, not by its beat, but by the arrangements. Don’t get me wrong, Marioo’s melodies are very solid, but the most prominent elements in the song are the sounds adjacent to the rhythm, like the bass synths, the tribal chants, but especially that haunting, reverberated chromatic percussion that underlines the track. It’s a very smart element to base your song around, I gotta admit, and it makes you move, which is always the point.

The menacingly called KGB are back with one of those tunes that require repeated listens to fully appreciate. The most important thing about this seemingly simple track is their smart choice of percussions; that beat doesn’t include your typical snares and kicks, as every single space in that rhythm is occupied by a traditional West African drum sound, whether it’s organic or sampled. It works perfectly with the rest of the track, as the dancehall melodic sensibilities keep it very accessible for international audiences, but uniquely West African at the same time.

Here’s a bonus track for you: This tune just came out yesterday with the rest of Imilo Lechanceux’s new album, “Intégration”, it’s no official single, but the inclusion of Sidiki Diabaté, Malian music royalty, suggest that it will be. “Atégban” contains two of the elements I enjoy most about Francophone African music; a 4:3 polyrhythm in a fast-paced, soukous-like beat, and lots of balafons. On top of that, the Burkinabe artist exchanges melodies and toasts with Diabaté, who at this point is having the time of his life. It’s so joyful it’s contagious.