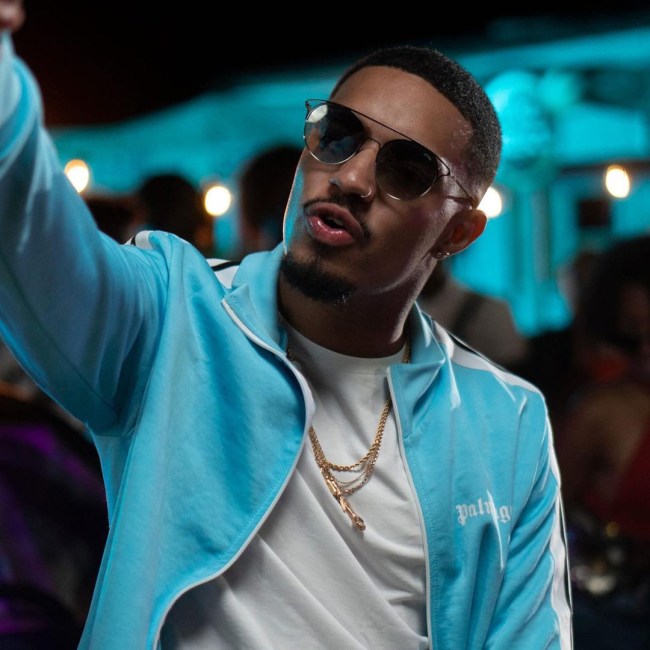 This week marked the beginning of a period of transition in African music. We must not forget that the continent is practically cut in half by the Equator, so the seasons differ wildly between, say, Senegal and Zimbabwe, as the former is waving goodbye to summer, while the latter blooms with the arrival of spring.

This is clearly manifested in the mood of the music across countries; We begin to hear more contemplative sounds and atmospheric beats, and the euphoria that characterized summer music in places like Kenya gives way to a bit of nostalgia and reflection. But of course, there are still a lot of dancefloor-filling bangers coming from all over Africa. The Gengetone scene continues its unstoppable run, and the kuduro world in Angola continues to release new videos every day, but as the general vibe of the continent changes, what is certain is that there is always quality. These are the Afro Jams of the week.

Angolan superstar Deejay Telio is an artist that has learned how to combine stylistic elements from a vast array of influences, taking not only from other genres but from other countries as well; “Barracada” finds him doing his trademark bouncy kizomba, but he takes it to another level by adding Brazilian percussions, jazzy saxophones, and the funkiest bass you’ve heard this side of the Atlantic, which jumps all over the mix to great effect.

Speaking of Gengetone, we got this great new single from the Frisky Queen of Kenya herself. “Hivi Na Hivo” is exactly what you expect from Maandy — an impossibly infectious beat, a so-simple-it’s-brilliant synth line, and her characteristic flow that straddles the line between sensual and menacing —, but really, what else do you need?

Muslim devotion is foundational to many countries in Africa, and Senegal’s tradition as a deeply religious country extends to its music, whether it comes from the Wolof, Serer, or Fulani peoples. Percussionist/singer Moby Ngom dedicates this beautiful, deep-house-inflected meditation to the Serigne Touba (The Sheikh of Touba), the Sufi theologian Amadou Bamba, whose influence in the region’s practice of Islam is incalculable. You can sense the spiritual connection the moment the kora connects with the Sabar drums, wonderfully played by Ngom himself.

You know, afrobeats producers have an encyclopedic knowledge of afro-diasporic styles all over the world, especially those in the Americas. So often we can hear them referencing reggaetón, zouk, rumba, and most crucially, dancehall. But sometimes, it’s much better when you just resort to the most obvious samples, ‘cause they’re classics for a reason. “Pombe” is basically a kwassa-kwassa-fied interpolation of Sister Nancy’s “Bam Bam”, and you know what? All the better for it. It sounds cool as fuck.

Ivorian MC One has a true knack for combining strong melodic runs with a unique rapping flow. For “Hépélélé”, he goes up and down in the instrumental (and in the mix), which showcases both the fluidity in the verses and the strength of the chorus. Versatility is a rare virtue, but it’s always great to discover.

“Ndolo” is a striking exercise of good taste. The production is apparently subdued, but every once in a while you can hear flourishes like changes in the bassdrum patterns, and of course, that interaction between the electric piano and the clarinet that is simply breathtaking. Zayir, but especially Cláudia, are smart melodists as well, and their voices meld almost as brilliantly as the instruments. We hear these kinds of melodies in kizomba, but it’s very refreshing to hear something like this from Cameroon as well.

Let’s go back to Senegal for a while; Hustlah is part of a burgeoning mbalax-rap scene that seemed very dispersed and atomized in previous years, but has suddenly come together and taken great shape during the COVID era. “Ak Fi Rewmi Toulou” highlights the reason why this new style is making waves, as the maelstrom of drums interacts with the 808s in very hyper-complicated ways, but somehow makes space for rappers to just go wild at it. You’re going to see more from this scene in future installments, for sure.

Look, all I can say about this is that the beat is amazing, the flow of all rappers involved is killer, and that this is the Kenyan equivalent of “This is America”, “The Bigger Picture” and the entirety of several rappers’ careers; a decisive denunciation of police violence, so-called “curfew deaths” and repression of protesters taking place in the East African nation. For more context, please read from the African sources directly, there is much information to take in to truly grasp the magnitude of this complicated moment, or listen from the Kenyans themselves. I for one just want to express full solidarity with our Kenyan comrades. We need more people to know about this, and it’s up to us all to spread the word, but also to put the money where our mouth is and donate if you can.

Azealia Banks Tearfully Claims A Neighbor Pulled A Gun On Her