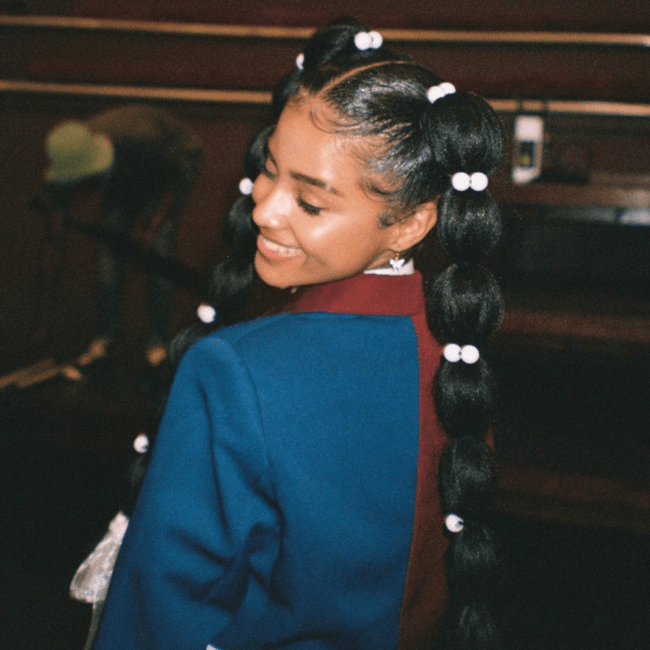 From South Africa: The Amapiano subgenre is slowly reaching that period that reggaetón reached back around the time of “Gasolina” when the style came to be associated with a series of specific sounds and musical structures, which has the unintended consequence that most of the songs sound very similar to each other, making it increasingly harder to develop your own sonic identity.

In “Overdue”, however, Tyla overcomes this barrier as if it didn’t exist in the first place, thanks mainly to her portentous voice and unprecedented melodic ability. Her vocal tone feels like a caress of silk, and the way the backing voices intertwine creates a captivating sonic passage that makes this track feel like it came out of Janet Jackson “Velvet Rope”, but resting in a bed of shekeres, industrial keyboards, and syncopated bursts of percussion. It’s the combination that we didn’t know we needed.

From Kenya: Speaking of the ability to stand out from the growing crowd, Kenyan rapper Rosa Ree has carved her niche in the burgeoning Gengetone scene with her charisma and a superb selection of riddims, all while developing a rap style of her own in the process. In “Watatubu”, Ree makes use of that unique flow, situated halfway between the most confrontational forms of genge, the essence of Caribbean genres such as soca, and American east coast hip-hop, with vocal inflections that one would easily hear in a Cardi B. The beat is indisputable, with synthesized steel drum riffs that bring the flavor of Trinidad to the coast of Mombasa.

From Mali: This single is fascinating because it is built entirely on a modal, not chordal, frame; that is to say, it follows a specific melodic mode – which is very typical of Malian music, with elements of Sufi music brought from the Middle East by nomadic cultures – and the chord progressions are less relevant. In this way, “BB-LÁ” connects to a defining tradition for its identity, but without forgetting its continental character, with a beat more linked to the trends going on south of the Malian geography. Azaya’s music has always expressed this confluence of cultures, but “BB-lá” perfects it and stands out as one of his strongest tracks to date.

Bahati feat. Diana Marua – “The One”

From Kenya: When we talk about African music, here in the West we are fixated on the immense diversity of percussion instruments and sounds that exists on the continent; We often take the easy, lazy route, and classify their music based on rhythmic structures, and although we are often right, we sometimes forget that Africa is one of the few places in the world where guitars are still central to their mainstream music, something that had somehow fallen out of style in our neck of the woods. “The One” is an example of how the interaction of guitars makes a song great; we can appreciate how three guitars, one plucked, one passed through a wah-wah and a flanger, and one with a crystalline echo, establish a dialogue within the framework of a romantic theme that feeds upon this conversation. The result is something to get lost in.

From Burundi: In Latin America we use the term “pegao” to describe that style of contagious rhythms, sounds that bounce in your ear and make us move dangerously close to each other, and “Magazine” could be a fairly faithful representation of that term. Of course, Zex, like many artists in East Africa, doesn’t go for the immediately sexual, and instead relies on humorous elements and a playful flow, but always anchored in that sensual dancehall beat that reminds me of when Puerto Ricans began to toast on the “rich girl” riddim, which ultimately led to a worldwide phenomenon that culminated in the domination of Daddy Yankee. I hope I get to see something like that one day on the mother continent.