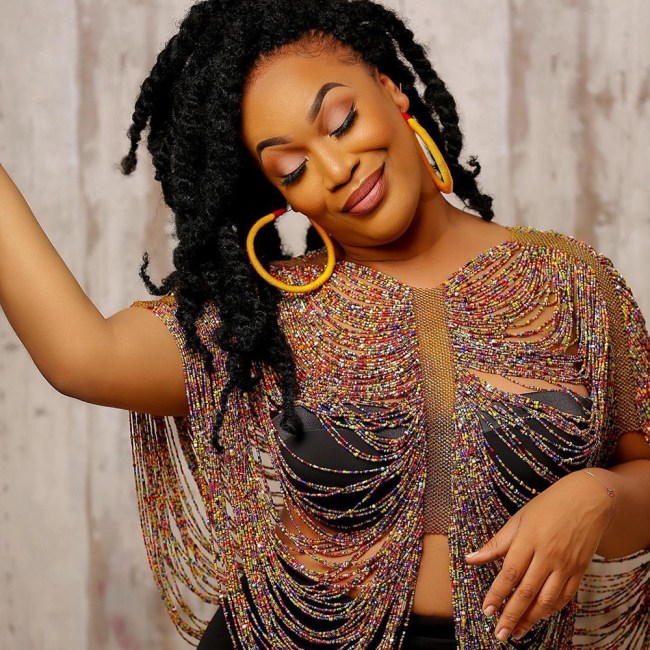 This week, the music scene in the African continent was shaped by two great trends; On the one hand, the change of seasons – autumn in the north, spring in the south – has begun to show, and the industry reacted with a huge number of nostalgic pop songs, honeyed mid-tempo jams, and darker electronic tracks. On the other, this week was marked by a deluge of quality comebacks from some of the biggest names in the industry, especially in the French-speaking sphere.

The latter was the main reason why, in terms of highlights, the scale tipped in favor of the Cameroon and Ivory Coast scenes, but the East and Southern African nations did not stay far behind, and we also had great hits from Kenya, Zimbabwe, Burundi, Rwanda, and Tanzania. This made for a strong Week 40 overall; here are some of my favorites.

From the Ivory Coast: Veteran singer Josey is a bonafide star in the Francophone Afropop scene, and yet I still feel she’s criminally underrated, especially in comparison to bigger names like Rinyu and Kameni. Her striking, soulful tone and her complete command of the stage make her one of the most skillful, multi-faceted artists in the entire continent, and her new track “Zambeleman” is a perfect testament to it.

This tune is almost completely driven by only voices and percussions, and that is all we hear for the first minute and forty seconds, where Josey engages in a powerful call-and-response melody framed by a barrage of Akan music-inspired polyrhythms underlined by an implacable zouglou beat, which goes even more complex when rapper/hypeman Bonigo joins in. But however impressive the drum lines and instrumental accents may be, this is still about Josey’s irresistible voice. She also had a pretty nice duet with Nigerian artist J. Martins this week, you should check that out, too.

Nameless and Wahu – “Back It Up”

From Kenya: There are two factors that make for a great duet; a good vocal contrast, and lots of chemistry. Kenyan artists Nameless and Wahu have made a name for themselves off of these two, and what better proof of it than the breezy, dancehall-tinged “Back It Up”. The deceptively chill beat underlines Nameless’ sing-rap, while Wahu drives the melody forward, her tone bridging the gap between club-ready sultriness and full-on bedroom r&b sexuality. And those voices meld together like tin and copper.

From Cameroon: I have to admit that I’m just a sucker for soukous, especially when it’s this adventurous — just listen to that intro, with the heavy guitars and thumping pianos. Cameroonian superstar Salatiel is one of the most recognized artists in the genre for a reason; he’s no stranger to fusing tons of different influences and musical elements into his high-energy, dancefloor-filling style, and in “Planner” he enlists Aveiro Djess and DJ Arthur for an incredibly busy, bustling track that will leave you breathless and exhausted from all the rump-shaking.

From Rwanda: Of all those melancholic mid-tempo tunes that we got, this is the one I liked most. There’s just something about that arpeggiated guitar and those airy synth lines that scream lovesickness in the most visceral way. But it’s Yverry’s voice and melodic runs that make the punch really land, as you can hear some kind of loser’s lament in there, even when professing complete devotion to this person.

From Tanzania: King Kiba has returned with one of his strongest tracks ever, which is no small feat considering the dozens of great tunes he’s given us over the years. “Oya Oya” is mostly based around two elements: that indescribably catchy 4:3 polyrhythm that combines both East and West African styles, and of course, his amazing vocal skills and soaring melodies. Kudos to that bass player as well, the way the bass adorns the melodies and the guitar licks is top-notch.

From Angola: Kizomba music is the place to go when you want something seductive and classy to play at night when you’re up to some, eh, “couple’s time”, and boy, this week we got a true love-making jam. Arieth Feijó’s “Caramelizada” is the kind of song that makes you want to whisper to someone’s ear, and those synth strings carrying the beat sure can create a mood. Feijo’s vocal performance is chill-inducing, and even when a rapped guest verse would be something to avoid in a track like this, Eudreezy’s relaxed flow works really well in this setting.

From Burundi: I love this kind of track that feels right in the middle of so many musical currents that ultimately does not belong anywhere, despite being a little bit of everything. “Nsomya” has soca steel drums, an amapiano-like cadence, some ndombolo percussive accents and it moves in a way similar to afro-house or even kuduro, yet still feels like absolutely none of that. Let’s just call it a pretty great little dance number.

From Zimbabwe: There’s a bounce to this beat that is hard to describe but it definitely works. Zimbabwean upstart Nutty O sure does his part, as his rhythmic flow and melodic construction are top-tier, especially on that damn hook — that shit is an earworm and a half. But it all comes down to that tresillo beat, and yes, those are log drums going through a reverb filter for extra crunch. It’s inspiring how some simple tricks work so wonderfully.

From the Ivory Coast: Listen — every time there’s a new Serge Beynaud song around, it’ll be included here. It’s a general rule that the man can do no wrong; he’s perhaps the most accomplished performer in Ivorian music in the last 10 years and his brand of afro-fusion that combines coupé décalé’s bravado, rumba’s bounce, ndombolo’s complexity, and countless other trends, has given us countless bangers. “Petit Mannequin”, for example, feels like Afro-Portuguese batida in the production, but that clave cadence is uniquely Ivorian. And of course, no matter the style, that effortless cool is Serge’s own.

From Kenya: This is Katapilla, from Kenya, and there’s a lot of true talent and some serious potential. The guy not only has a terrific flow in both English and Swahili, but he’s also pretty great with lyrics. This is shown especially in the Champez freestyle, where he rides the Khaligraph Jones beat (which we love), and spits fire on his rivals, referencing everything from Bible verses (the guy really knows his religion) to Super Mario and Boko Haram. This is one to watch — stay tuned.

Lonzo Ball Returns To The Studio Amid NBA Shutdown