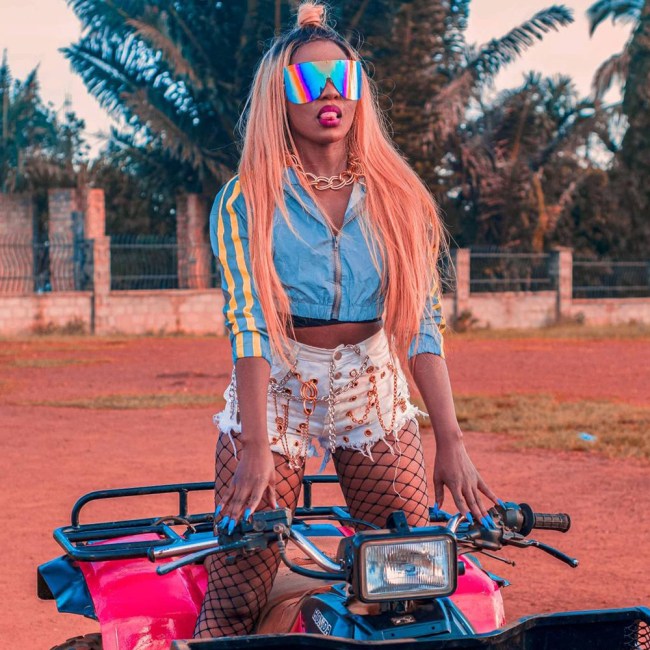 From Uganda: I put these two songs together because both are great examples of how the Ugandan scene has adopted Caribbean music styles for the better, applying them to their own popular music traditions. Although Ugandan singer Karole Kasita presents herself as an Afropop and zouk artist, “Mbeelamu” is musically closer to modern soca, complete with the blaring string-synth arrangements and thick snares of the Trinidadian genre, which provides a perfect accompaniment to her auto-tune-heavy melodies, especially in the verse to chorus transitions, where her vocal gestures lean perfectly into a Caribbean flow.

On the other hand, Bebe Cool opts to go fully into classic upbeat dancehall in all its cheesy, major-key optimistic glory. His performance feels basically as if your dad decided to make a reggae tune to cheer you up — and this is meant as a true compliment. With so many musical figures in Africa embracing darker sounds and aesthetics, That warmth and familiarity are rare to find now, which is why we welcome Bebe with open arms.

From the Democratic Republic of Congo: Naza has been a big name in Congo’s pop scene for a while now, but he rarely does this kind of silky, chill song. Something that caught my attention about the production is the way it accommodates space for Naza’s voice so that certain arrangements appear just to reinforce the melody at key moments, in a splendid exercise of intentionality. The way Naza flows through the verses feels effortless, especially with such natural melodic choices. And the hook, with its single-word repetition catchiness and his soulful tune, makes this impossible to evade.

From South Africa: It is no secret that amapiano has already conquered all of Africa, and has already infiltrated all the musical currents of the continent, from Senegalese rap to Mozambican pop. But it is still the native producers and vocalists of the genre who present the most accomplished tracks. On that note, what makes “Wena” so impressive is the incredible voice of Sino Msolo, whose ethereal quality gives the production an emotional depth that is rare even in the genre’s poppiest side. The way his airy tone delivers those lines, so charged with melancholy and fragility, is simply to die for.

From Kenya: I’ll never not be impressed by the existence and success of Gengetone, especially underground Gengetone. First, because the Swahili language lends itself so naturally to rap, its syllabic structure being so perfect for staccato flows and ostinato sequences, and when it’s paired with tumpa tumpa beats, it echoes that ingenuity and freshness that made early reggaeton great in the aughts. The other reason is how DIY the underground scene feels; these are Kenyan kids hanging out and playing around with some loops and going at it, which, if you know your musical history, is how true magic happens. In basic terms, “Vybe” is just a spooky, two-note synth loop that found a cool riddim and four verses, but really, what else do you need?

From Mali: Fulani hats, balafons, ngoni-like guitar licks, jazzy synth-brass, really, what’s not to love about this? King KJ returned with one of his strongest singles so far, capturing the essence of Malian music as we know it, but also sneaking in some afro-house undertones in that beat. But I also love the interaction between King and Momo Choco; their voices go really well together, but most importantly, it feels like actual friends trading verses and having fun.

From Cameroon: Now, if we’ve been talking about modern takes on traditional styles, you have to listen to “Shabasiko”. This is probably the closest we can find to a perfect marriage between Afropop, makossa music, and the fast-paced, frenzied stylings of asiko, one of Cameroon’s deepest-rooted forms of regional popular music. And they have managed to put in some really nice hooks all over this intricate combination, which is itself an achievement.

From Tanzania: I wanted to include this on the list just on how powerful Marioo is as a melodist, tackling this subdued, undercast amapiano production in a way that doesn’t distract from the atmospheric but also highlights its melodic core. We’ve witnessed the man’s talents before, but it’s really great when we get another sample of his versatility.