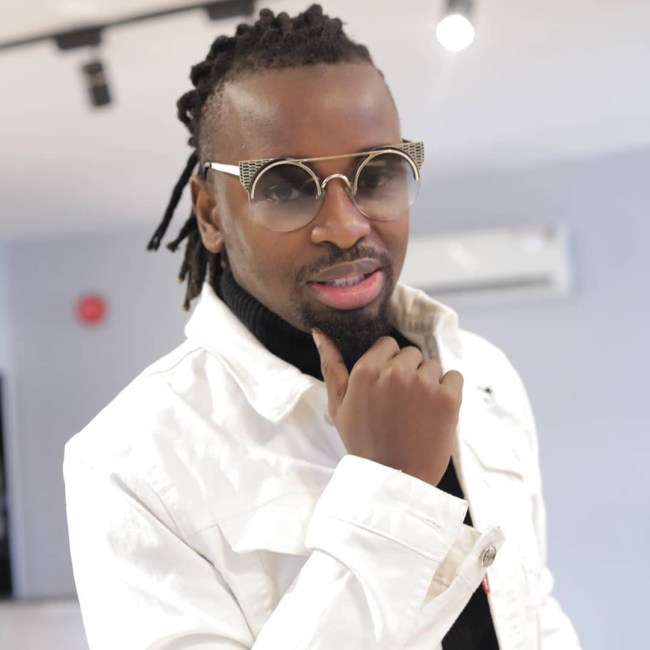 One of the most interesting phenomena in African music today is that of inter-ethnic, intra-continental collaborations; artists from different corners and musical traditions reaching out to create (or improve) their tracks, broadening their appeal and enriching the scene in the process, similar to how performers of different regions in the US collaborated to strengthen the rap landscape, back in the 2000s. Mozambican/South African producer Tárico enlists none other than the Grammy-winning Burna Boy, one of Nigeria’s finest exports, for a super-charged remix of “Yaba Buluku”. The track brims with bravado, as hype men Preck and Nelson Tivane rile up the crowd, while Burna spits some fire melodies with his characteristic smooth auto-tune. The real face-melter, though, is the beat; Tárico’s trademark shekere-laden groove acts as a foundation for the interspersed explosions of synth-pads, drum breaks, and even brutal drilled beats, perfect for dance battles everywhere, and all anchored by Odogwu’s sensual baritone, as the man continues his reign as Africa’s most gifted melodist.

Gospel music, despite being one of the most significant musical influences in the development of black music since the early days of the recording era, is no longer part of the mainstream panorama as it becomes a sort of niche market. That’s not the case in Africa, especially Southern Africa, where religious music is at the heart of the mainstream conversation, and artists from that scene collaborate with secular performers continuously, blurring the line between them. Zambian superstar Pompi, one of the front-runners in Gospel rap, has finally released a music video for his 2019 song “Luyando”, a thought-provoking song about love, loyalty, and the sanctity of marriage, as he and Mag44 exchange bars that carry a flow not too distant to mid-aughts conscious rap — think Lupe Fiasco at his most reflective, or even “Be” era common — and a funky instrumental, beautifully adorned by manipulated vocal melodies and auto-tuned flourishes.

Africa has also a bustling, effervescent R&B scene, especially in the Swahili-speaking areas in East Africa. Kenya’s Karun is one of the most promising young talents in her scene, with a tasteful blend of subtle afrobeat and late-night r&b sensibilities. Her new single “Just Friends” presents her sultry voice to the world, as featured guest Kahu$h complements the tune with a rapped verse that at times sounds like lovelorn Drake, but without the extra cheese. Mombru’s production in here is marvelous, as the spacious synths meld perfectly with Karun’s reverberated vocal harmonies, and even when the main beat goes in a straight-up r&b, you can still hear the clave cadence and the shakers in the foundation.

Finding African music and writing about it is, first and foremost, an exercise in cultural understanding, and of course, this takes considering the foundational importance of History and Geography. Such is the case with Somali music; situated in the Horn of Africa, this area has been shaped by their historic contact with the Middle East (they’re part of the Arab League, after all), and other cultures of the Indian Ocean. This is more than evident in their music; “Maxa Iga Galay Ha Masayren” displays the production and compositional influences of Arabic contemporary music — particularly the faux-string arrangements and the way they jump in and out between the verses —, but the rhythmic structure is entirely within’ other East African traditions. However, this tune is nothing without the stellar melodies of Abdijibar, which offers unique charm and a rare talent for catchy inflections.

Man, I’m just a sucker for the fast-paced soukous rhythm. Listening to dance music styles from Francophone West Africa is usually a joy for me for this very reason, there’s something about that pattern and metric that just obliges you to dance your soul off. And it’s even better when it comes with a good chunky set of synths, bass, and guitar, as it shows here in “Danser Seulement” by Beninoise artist Tyaf. The rumbling synth bass makes an interesting contrast with the guitar melodies, even at their most intricate, as the blaring synths do their usual function as party hype. It’s a club song with no other pretensions, and it shows. That’s why it works like a charm.

Kevin Durant Gets A Crash Course In Mainstream Vs. Underground Radio After Requesting Freddie Gibbs