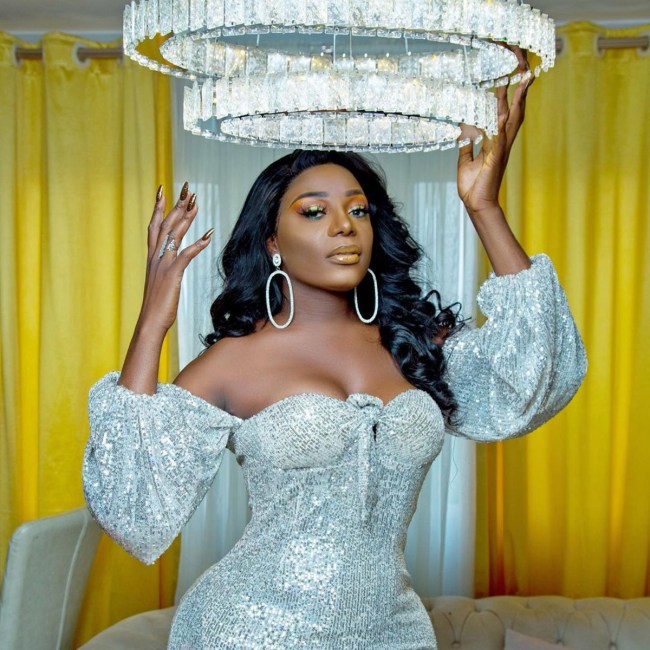 I’ve always been fascinated by Africa’s most confrontational, chaotic, even violent rhythms; styles like Angolan kuduro and Ivorian coupé décalé always appeal to a more frenetic aspect of body-moving, for celebration or as a form of tension release. This number by upcoming artist Francky Dicaprio, which literally translates to “movement”, is a brutally efficient example; the mixture of real and sampled percussions, together with a soukous beat that operates at breakneck speed, is almost hardcore punk in its intentions. While the drums are assaulting our senses, two guitar licks move circularly, one of them in a phrygian mode, linking this with other trance musics of the continent, but Dicaprio is not aiming for the spiritual, but for confrontation; as the male-only dance line in the music video and his references to revolution suggest, “Bougement” is as much “dance” as it is “fight”. Not the only recent song with that title and clear political implications.

If there’s a style of music that keeps growing in popularity and is slowly becoming part of the mainstream ecosystem in Europe (in Portugal it already is), that’s Kizomba. This romantic, nostalgic sound from Luanda talks of love, sex and devotion, and in many ways, kizomba is a realm of voices, as the beats and arrangements aim for subtlety rather than protagonism. Titica is among the best of the bunch, her voice rich in expression and brimming with sincerity, as she sings about her beloved with a flavor that only true chops give. Also brilliant is the dual guitar playing, that accents the beauty of the composition and hints towards zouk, replicating Titica’s detour into French at key moments of the track.

The pandemic doesn’t stop the influx of horny club music; it only makes it more vibrant. Tanzanian star Diamond Platnumz brings us “Kamata”, a Bongo Flava summer jam with the energy to boost a million midnight parties. Coming from a promising intro that combines faux guitars and bass pads, the swinging tumpa-tumpa beat comes in swift and simple, not much movement needed, to accompany Platnumz’ criminally catchy flow, which is the driving force of the song. The man keeps it brief; clocking at a modest 2:18, “Kamata” doesn’t complicate things, the tune is for the pelvic area, and every percussion accent only makes it more contagious. I may try to include in a perreo party around here.

Coming off from the fast-paced side of the spectrum is “Moon Walk”, a pure kuduro track by Jakilsa and Cleyton M. Yes, it contains several references to Michael Jackson’s career, and it name-drops “Billie Jean” in the chorus, but the spectacularity of the track goes beyond the gimmick. Cleyton’s charismatic presence and flawless dance moves (the video is quite impressive), and Jakilsa’s impressive rhythmic capacities with her voice are next level shit, and meld perfectly with the industrial synths and the mechanized batida beat. They even sample some classic MJ “hee-hees” because it’s still a pretty good gimmick. ​

Something really interesting about recent developments in African popular music is the way these artists and scenes have applied recent trends in African American of Afro-latino music, and look no further than “Pepele”, the new track by Congolese queen Rebo Tchulo. The tune starts with spacey synths and trap beats not far from US pop, and there is a lighter R&B touch in the flow and the production, but Rebo takes this and doubles down on that contagious soukous beat, as she melodically cheers and toasts. The football-themed music video already points at the sporting event anthem potential of the song, but this can light up any dance floor and house party on earth. ​

Hailing from Sierra Leone are Afrobeats artists Mr. Val and Nega Don, joining forces for a pretty solid attempt at song-of-the-summer for their home country. The beat combines pretty well with the looped acoustic guitar and the soft synth wails, but the main component of this concoction is the double drum pattern, as both real drum fills and the clicking clave metric interplay throughout the track, a great place for Val and Nega to test their skill as melodists. It is sexy and effortless, just what some of us want for that specific 2 a.m setting. ​

OVO Chubbs Clowns Pusha T For Being Surprised By Wale

J. Cole’s “KOD” Cover Artist Accuses Him Of Going To The ATM Without Him