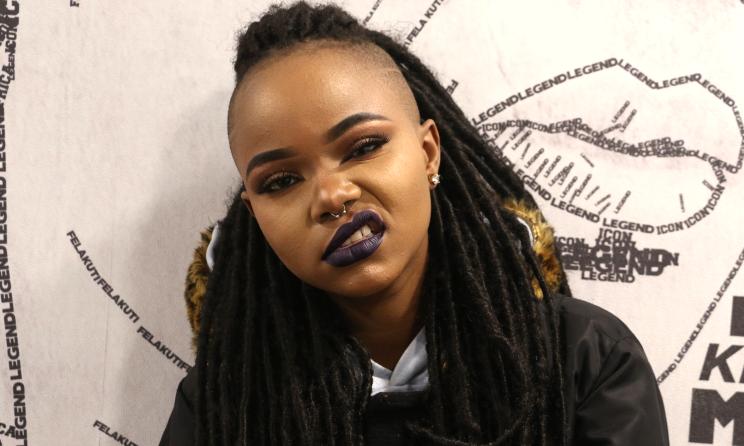 Leonel is Telling Us Something Good.

From Tanzania: This is a true meeting of the minds. Two of Tanzania’s most talented women in music team up for “Mulla,” a track that contains absolutely the best of both worlds; on the one hand, the Bongo Flava beat gives way for Rosa’s skillful, aggressively sexual flow, while Abby Chams contributes her silky, airy voice during the hook, and her incredible violin playing which provides the main riff and a killer solo.

From Democratic Republic of Congo: There’s something about the styles and rhythms of the Francophone community — coupé décalé, ndombolo, soukous — that always pulls me back; besides those super infectious percussion patterns, the fact that they’re able to throw in every musical idea imaginable and make most of it stick blows me away. BM’s “Ye Le” came to us right on Christmas Eve and it is quickly becoming huge in his home country for the holidays. There are guitars, blaring synths, breakneck transitions, and some of the most complex and precise drum fills I’ve heard recently, but it all works to serve BM’s voice, which shifts from bravado-fueled shouting to a lovelorn mini-hook with ease and confidence. A brilliant showing by everyone involved.

From Uganda: It is criminal that this Ugandan bop still has under 100 views as of the time of writing [ed. note — it still does]. Muhangi’s melodic, riveting “Something Good” takes a breezy beat (those crispy snares sure do the trick), some subtle synths, and yes, a great choice of sample. The interpolation of Rufus & Chaka Khan’s “Tell Me Something Good” (written by the God Stevie Wonder) sounds very refreshing as Afro pop, as the soulful classic’s celebratory, playful nature lends perfectly to Muhangi’s concoction. Too bad the woman doing the actual singing of the hook was not credited, and too bad this guy doesn’t want to go fully into music (he’s a celebrated comedian). He does wonders here.

From Rwanda: Amapiano has been a trend on the entire continent for a while now, but it’s always fun to watch how each country’s music scenes adapt it to their languages and ambitions. Gabiro’s “Akaninja” is a very smooth, atmospheric form of the South African genre, and its aqueous synths complement Gabiro and Bushali’s voices, swift and clean but equally expressive.

From Kenya: Wunderkind Trio Mío never disappoints. The teenaged MC here has offered a slice of pure unadulterated dancehall, retaining gengetone’s tongue-in-cheek aspects, but with a sound that moves towards a darker direction. His nasal, high-pitched flow never drowns out the industrial synth lines and the cold-as-ice drums. The contrast is a marvel to listen to on the right headphones.

From Kenya:This song deserves to be on this list because it’s excellent, but the group’s execution in arranging and production are equally noteworthy. This track essentially rests on the original “Sina Makossa”, a legendary tune by James Dandu/Les Wanyika whose guitar riffs are the single most recognizable licks in all of East Africa. It’s brave to recreate such an iconic tune, but H_art did a tremendous job with it.

From Kenya:If we talk about true, real underground gengetone, you don’t need to go further than the Mbuzi Gang, who always hit their target with streetwise rhymes and brooding but twerk-inducing beats. They gather with Queen Dillah for “Tulewe,” where they showcase their own style while allowing her to offer some serious skill. She’s on the raw side of female gengetone MCs, which fits like a glove in this production. This is an excellent way to start the year for the Kenyan collective.