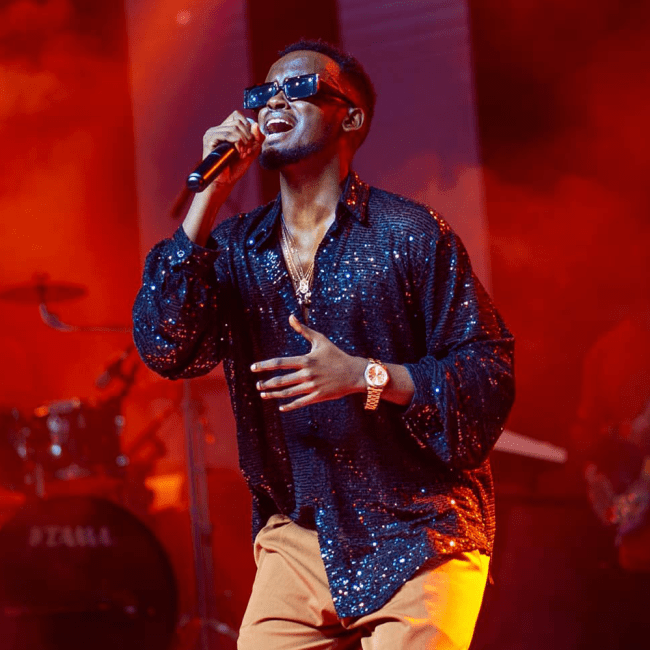 From Ethiopia: Alazar Teklie is a complicated figure to write about; yes, he’s known for his monotonous flow, and if we isolate his vocals for every single he presents, he seems nothing but a one-trick pony. But nobody can deny that the man is amazing at beat selection,and especially at knowing who to collaborate with and what influences from abroad to incorporate into his sound. “Berta” is a clear proof that his musical tastes are diverse and that he’s not one to merely follow a trend. The rhythmic patterns, the production choices, and especially the clarinet that drives the tune are clearly taken from Turkish pop and/or even Romanian manele, but he puts the Ethiopian stamp with a Masenqo solo. To add some variety to the voices, he enlists NatiEl and King Soul, who trade verses with incredible swiftness. Teklie has already gone full reggaeton with SOTY candidate “De Bel Ande”, but this number is the bigger surprise.

From Tanzania: The feel-good song of the week, by far. “Mikono Juu” is pure unadulterated soca, which of course sounds beautiful in Swahili and with Bright’s wide-eyed joy. The throbbing, distorted bass adds a modern touch, but never gets in the way with the tumpa tumpa groove and the faux-string synth hits. He keeps it short and sweet, with just enough elements to make for an undeniable party-starter. Everybody needs to add this to our posadas playlist.

From Malawi: Always great to introduce new countries to this column, and star Jay Jay Cee is the perfect one to start exploring Malawian music. “Kuche Kuche” takes a lot from the Bongo Flava stylings of his neighboring Tanzania, especially in how his melodic flow tackles the breezy dancehall beat, but that talent for delivering a good melody after another and making everything a hook is Jay’s own. Also noteworthy is how Major Star interpolates Jamaican classics like “Sim Simma” into his flow, always keeping it interesting with his schemes. And how he blends into Jay’s voice is delicious.

From Rwanda: I have a pretty strong appreciation for artists that can turn amapiano beats into full-fledged songs, you know, with verses, chorus, bridges, especially considering that there is no such thing as a drop or a climax in the genre. And I have a special place in my heart for singers that are able to express many things in very simple melodic and vocal gestures, which is why I’m impressed by Rwandan upstart Peace Jolis’ “korrect”: His tone is smooth as well, and his verse-hook transitions are so effective they seem effortless. I also need to give it up to producers Davydenko & Klein for their spacious mixing and use of atmospherics. They even sneak a couple of saxophone solos in there.

From Democratic Republic of Congo: Yes, it’s pop diva time. Congolese veteran Barbara Kanam is back with a tune that perfectly articulates where her sound and the sound of pop music in her country is going. That heavily filtered rumba beat almost resembles house music, and her deep, sultry voice works wonders with those atmospheric flourishes. But of course this is still rumba, and you can hear the clear guitars bringing the good stuff and adding richness to the mix. This is a love song done right. A devotional wrapped in serenity.

Greg Tate, The Godfather of Hip-Hop Journalism, Has Died