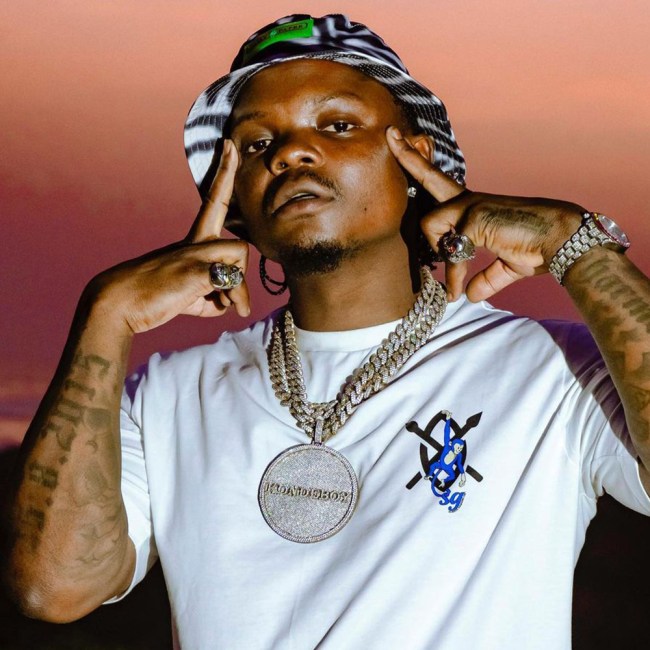 Photo via Mr. Phil Shot It

The first two tracks on this week’s list are two sides of the same principle; they’re a testament to the greatness of a figure like Koffi Olomide, whose sole presence makes tracks automatically better. Koffi is a founding father of the entire ecosystem of modern soukous music, and his influence in other styles from Francophone Africa is perhaps too large to quantify or even describe, but even at 65 years old, the man still got the charisma and the skill to come on songs by artists two generations younger and kill it.

As for these songs, here we see two aspects of the legend’s music: In “Patati Patata” he joins forces with Zimbabwean upstart Roki and Tanzanian superstar Rayvanny, for a tune that just wants you to dance around and let go, no complications, no inhibitions. The breezy summer production complements the singers and the airtight synths are perfectly underlined by the mid-range palm-muted guitars, which anchor the song’s melodic core all the way through.

On the other hand, we hear Koffi as a hypeman to the absolute force of nature that is singer/rapper Rine-K, one of the DR Congo’s most promising talents. Her rapped flow is unbeatable, but what immediately grabbed my attention was the beat; the menacing, frozen synth string attacks are closer to kuduro than soukous, and her aggressive tone matches that of the Angolan genre, but the lighter synth-brass accents bring it back to the Congo. Koffi’s thick low-range voice gives “Boye defi” some much-needed ominousness to take it to the next level.

I must confess that I tend to stray away from the Nigerian music scene sometimes, but don’t get me wrong, it has nothing to do with quality — they’re top-notch in that aspect —, but with scale; they have the largest and most historically extensive scene in Africa, and covering them alone would do a disservice to my mission of talking about everything that comes out in the entire continent. However, one just has to bow down to the altar of Tiwa Savage. The diva is back with a tremendous hook and verse in this “Let them Kno”, where she shares the spotlight with Smallgod and Kwesi Arthur. She proves once again that she’s one of the most skillful melodists in Nigeria, as she immediately turns this interesting beat — afrobeat with darker, house-indebted production touches and ambiances — into a stone-cold banger, by force of sheer rhythmic framing. It’s always great to have her back.

Ivorian duo VDA won me over due in part to their chops as hooksmiths and melodists, but mostly it was the way their voices meld together. For “Maudia”, the singers bring more of their skillful flows, accompanied by a chromatic-percussion-led production that recalls early 90s incarnations of zouglou, the unique Ivorian dance-oriented style that VDA carries as its most important modern ambassadors. Like Coupé Décalé, zouglou is often political, but it generally tackles social issues from a more conscious rather than confrontational perspective, always with a healthy dose of joy, and “Maudia” is no exception, as VDA denounce the increasing amount of false leaders and religious figures that abound in African social networks, offering salvation or easy solutions and taking money from working-class people in the process, a message that, during these pandemic times, rings true everywhere in the Global South.

It took me a while to finally cover something from the magical land of Cape Verde, and its wonderful kizomba scene, but what an amazing song this is. “Segredu’s” is not only impressive in its musical forms, but also in the important social messages it carries, and crucially, on how they get them across in the tune. The track is basically a combination of trap verses and full kizomba hooks, as Nitry and Indira exchange bars with incredible skill and flow, both bringing some advanced rhyme and rhythm schemes, going from triplet flows to outright 16th note attacks. Elida’s hooks, however, offer that melodic edge that contrasts with the roughness of the verses and acts as a contemplative element that gives the song balance. Lyric-wise, “Segredu’s” is both a meditation and denouncement of the issues that surround the lives of modern African women — patriarchal discrimination, trauma, sexual violence —, all wrapped in a layer of wisdom and a stoic commitment to inspire women to speak up and find their true worth. This is a surefire Song-of-the-Year candidate from Lusophone Africa.

Eto Links Up With BodyBag Ben For ‘Integrity’ EP