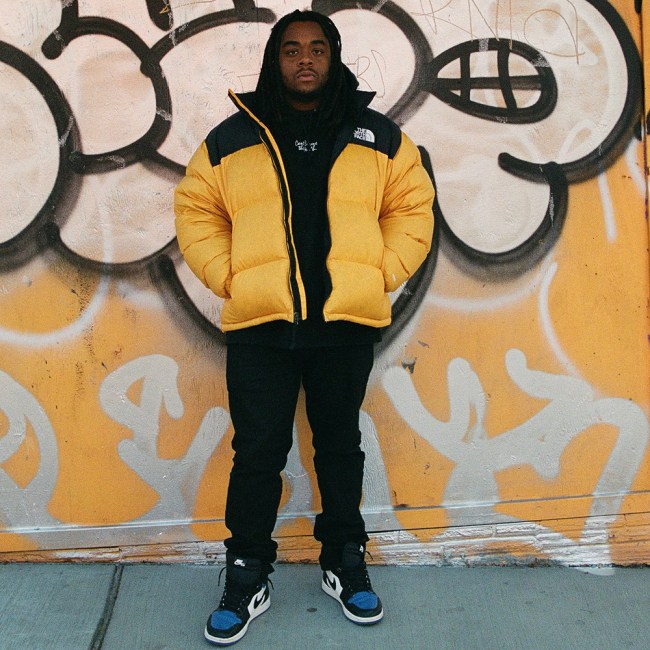 We’re just some universal keyboard soldiers. Help us sharpen our swords by subscribing to the Passion of the Weiss Patreon.

Andrew Matson needs that grain in the unquantized MPC hits like he needs a splash of whiskey in his coffee.

Seattle has long been known for incubating outstanding hip-hop producers. You’ve got Vitamin D, Sango; “The Ones” (Jake One, BeanOne, Specs One), Ishmael Butler, 10.4 Rog, fish narc; and Sir Mix-A-Lot (underrated behind the boards). That’s just the big names. Even Macklemore used to engineer sessions.

Upendo Moore is breaking into that upper echelon now, a young producer reinventing past approaches to hip-hop, evoking memories of when record stores were a thing, and songs were repurposed from samples of bible material. In his productions, the tempos are slow, soul chops are prevalent, and there are special touches that usually only someone of a certain age would appreciate. Like the inclusion of skits, for example. Or an album title referencing the Five Percent Nation’s Supreme Mathematics.

Moore was literally born into hip-hop as the son of Seattle’s hip-hop’s “Mayor” Jonathan Moore, a scene architect as a rapper (Source of Labor), radio host (KUBE 93.3FM), events founder (Red Bull Big Tune), and artist manager (THEESatisfaction and Shabazz Palaces). Within Seattle’s musical ecosystem, he was a fixture who impacted many lives.

Back in the ‘90s he helped spread hip-hop outside its Central District homebase in Seattle, lobbying venues who racistly didn’t want to host rap. He also fought for all-ages events at a time when they were outlawed in city limits, eventually showcasing local talent at his Sure Shot Sundays at the Sit & Spin. Honoring his father’s legacy, the younger Moore released his debut last year on his dad’s birthday.

4-21 (culture, wisdom, knowledge) was a generous beat tape full of lush, luxurious slabs to drive to, or potentially for Rick Ross to rap over on an album cut. Stuff exactly suited for being high on legal weed in the passenger seat of a car cruising Lake Washington Boulevard.

Now we have the follow up in 4-21 (Director’s Cut), which is really a short EP with one shared beat. It’s more of smooth, meditative Upendo Moore production, but with vocalists. Think of it as a showcase for Seattle R&B singers and rappers to watch, practitioners of Black artforms that the city has a long history with, but which are slept on nationally and even often by the local powers that be. Of course, the friendly white Macklemore is the one who crossed over. To be clear, Macklemore is a die-hard Seattle rap scene member (he salutes the Mayor on his song “The Town”) but he is also part of just one of the city’s many non-overlapping tidepools.

The best song is the intro, “Mind Games,” which finds Moore in a record-crackling, doo-wop reggae mode, with singer Parisalexa channeling Lauryn Hill and Jazmine Sullivan. It’s a slow burner that practically requires a follow-up album. We need more music from them together. Moore has produced many songs for her in the past, and Parisalexa also appears later on the EP on the buoyant, down-and-out “Roaches,” further demonstrating their chemistry.

The most affecting is “4 Tha $,” featuring a rare Upendo Moore rapping appearance, where he comments on gentrification in Seattle –– hugely fueled by the evil empire that is Amazon, which has pushed Central DIstrict residents south into Rainier Valley, and Rainier Valley residents down into Renton–– as well as his father’s passing, and sadness over losing several friends to violence. It’s a song about literally everything on someone’s mind, when they are weighed down by grief and huge forces out of their control. He wrote it at 18, shortly after his dad passed (he’s now 23). It’s a dark song to end the project on, suffusing the EP with a grave feeling.

That said, the rest of the tracks are coolly grimy (“Cassidy” feat. 4nti), flirtatious (“Darling Pt. 2” feat. Dave B), and comedic. There’s a skit that’s an infomercial (“1-800-WE-GOT-WEED”) that wouldn’t be out of place on a Prince Paul album, and the Dave B cut –– a former church singer turned rapper –– that bodes well for his upcoming Upendo Moore produced album that’s in progress now.

Throughout the project, there are rich, uncluttered sound beds that leave room for their vocalists. Part of that is Moore taking tips from Jake One, BeanOne, and Vitamin D (Moore’s “uncles”), all veterans of not just producing songs for artists but full projects with coherent themes — proper album-albums.

But most of it is Moore being a young master who’s more than put in his 10,000 hours — a born drummer and producer from practically day one. His dad set up him so he’d be here now, raising him around Seattle rap royalty, bringing him on stage as a kid to drum with the Roots (he also used to rap at shows with his mom, who was in the group Beyond Reality), and introducing him to all the people he was connected to while he was moving and shaking in the industry, local and beyond. And Moore is doing his dad’s memory proud, while continuing the behind-the-boards excellence of his home city.