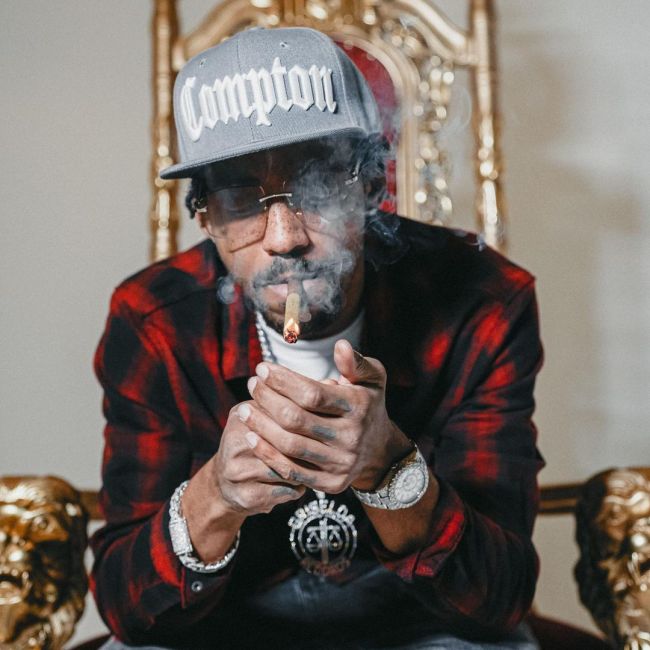 Who the fuck playing like the brand isn’t strong? Show your support by subscribing to the Passion of the Weiss Patreon.

At the beginning of “Maria,” the opening track of The Versace Tape, Boldy James branded himself “Bo Jackson.” It was more than just a clever play on his own name; it was a proclamation of unimpeachable greatness, albeit one made in his signature nonchalant style. Released late last summer, The Versace Tape followed two of Boldy’s best projects to date, Manger on McNichols with producer Sterling Toles, and The Price of Tea in China, his third collaboration with The Alchemist. Having spent the first half of 2020 staking his claim as one of the best rappers alive, Boldy fully embraced his own myth making. Comparing himself to one of the greatest two-sport athletes in American sports history felt natural and well-earned.

After the victory lap of December 2020’s Real Bad Boldy, the Concreature went quiet save for a sprinkling of guest appearances. Early in 2021, Alchemist confirmed via social media that he and Boldy had new music coming, but months went by without more significant announcements. Once the pair finally announced their new album, Bo Jackson, it became clear that Boldy’s seemingly off-the-cuff boast had morphed into a core tenet of the pair’s collaboration. Promotional billboards popped up around Los Angeles, riffing on the “Bo Knows” ad campaign that ran in 1989 and 1990: “Boldy knows rap. Alc knows beats.”

With Bo Jackson, Al and Boldy further cement what has already been a legendary run. They’re gifted at evolving into a new form while doubling down on their respective gifts. Their latest album ranks among their best work to date, both as a collaborative unit and as individual artists.

While his thousand-yard stare remains unbreakable as ever, Boldy hasn’t sounded this enlivened since his 2017 Detroit trap album, House of Blues. He finds new ways to growl through his monotone delivery, sounding simultaneously more confident and hungrier than ever. The flows deployed throughout twist and turn on a dime, morphing from loose, slightly behind-the-beat pockets to drawling triple time trap — yet he never breaks his unsettlingly calm demeanor. He carefully breaks syllables apart, masking his virtuosic flexibility with a mean mug. Boldy’s presence through Bo Jackson is quietly forceful and towering. Each guest rapper turns in an excellent verse, likely energized by Boldy’s performances, but no one can steal the show.

More striking than his larger presence, however, is Boldy’s total immersion in his own mythos. He’s created his own artful lexicon, a “bricktionary slingo” through which he filters references to his past work. The hook from “Turpentine,” for example, is a riff on a bit of his verse from “Thousand Pills” off Real Bad Boldy. On previous albums, he’d end verses with one of a couple rhetorical questions — “Where we at with it?” or “What else?” On Bo, he begins to answer those questions, bending trademark adlibs into unexpected transitional moments.

World-building is a term bandied about quite frequently in music criticism, but few are actually as adept at it as Boldy. His four 2020 records each showed a specific facet of his work. They range from hyper-detailed descriptions of drug trade perils to painful shards of memory to pitch black gallows humor. By folding further into himself, his work on Bo blends these characteristics in perfect harmony.

“Illegal Search & Seizure” tells the story of a good friend’s betrayal in great detail, while “3rd Person” works as a 30,000 foot meditation on his former line of work. He solemnly murmurs “How many times you think that you can get away with murder?” to himself during the hook. His interpolation of “Bingo Was His Name-O” at the start of “Turpentine” feels like a funny, tossed-off aside until the moment it becomes a threat, as Boldy rhymes “B-I-N-G-O” with “three five extendo roll.” There’s less specificity of location than in his previous records, but Boldy’s no longer anxiously taking stock of his immediate surroundings. He’s now far removed from that life, able to survey the entire landscape of his existence rather than the chipped bricks and shattered glass of his block. What previously took him four records to say can now be whittled down into one.

It’s no surprise that Boldy sounds his best on Bo Jackson, as Alchemist’s production meets him where he stands. In the time since their first effort, 2013’s My First Chemistry Set, Alc’s beats have transformed from anthemic to kaleidoscopic. There’s much more space in his production for rappers to stretch into. His kicks are as booming as ever and the snares still carry a piercing thwack, but the beats are considerably more wide open than anything he made in the early 2000s. He’s fully leaned into his most psychedelic tendencies, crafting lush, immersive beats through which Boldy can easily glide.

The production on Bo Jackson doesn’t echo through the candlelit chambers of Armand Hammer’s Haram, nor does it reflect off the opulent marble floors of Freddie Gibbs’ Alfredo, Al’s previous two collaborative albums. Instead, it hovers overhead like a pregnant storm cloud waiting for the right moment to burst open. Synth sequences bloom in hidden corners, drum loops tumble over themselves, and dubbed out tape delay adds a blunted emphasis to its hardest moments. Most of the tempos crawl, allowing everything in between the drums to dance around in the stereo field to hypnotic effect.

What makes Alchemist’s work here so enthralling is his willingness to push himself within his established sound. These beats all feel very much like Alchemist productions, but he lets other influences peek through. The first half of “Double Hockey Sticks” sounds like a loping late-90s DJ Shadow track while its second half sounds like a more aggressive cousin to Mike Jones’s “Still Tippin.” Al channels Beat Butcha and Daringer’s WWCD work on “Flight Risk” and provides the best chipmunk soul beat in years with “Illegal Search & Seizure.”

Perhaps the most important elements of Bo Jackson’s production are the tiny moments that bubble up once and fade away. The frightening choral sample that begins album highlight “Brickmile to Montana” sets the foreboding mood but never reappears. A lilting Rhodes piano punctuates the end of the tough-as-nails “Steel Wool,” giving the otherwise menacing track a slight air of regret. There are other interstitial moments peppered in—cars starting, computer bleeps, helicopters flying—that serve to cohesively blend and blur the songs together. It’s clear that the album was painstakingly crafted to encourage an uninterrupted experience that rewards repeat listens. It feels like a perpetual victory lap, as if Al and Boldy are the only two runners on a track passing the baton back and forth to each other.

The sheer talent on display during Bo Jackson is the same thing that makes professional sports so compelling. Watching skilled players outrun and out score an opponent provides a real visceral thrill; it’s a unique reminder of the physical capabilities of human beings and a humbling reminder that only a select few can harness that power. The athlete Bo Jackson excelled at football and baseball, a rare accomplishment to say the least. The album Boldy and Alchemist named after him is in the top of its class production- and rap-wise. It’s no small feat to be as consistently excellent as these two, so watching them flourish in tandem provides that same visceral thrill. Bo Jackson is at once a testament to their skill level and a declaration that few will ever reach their heights.

We All Get a Time to Ball: Serengeti’s The Gentle Fall