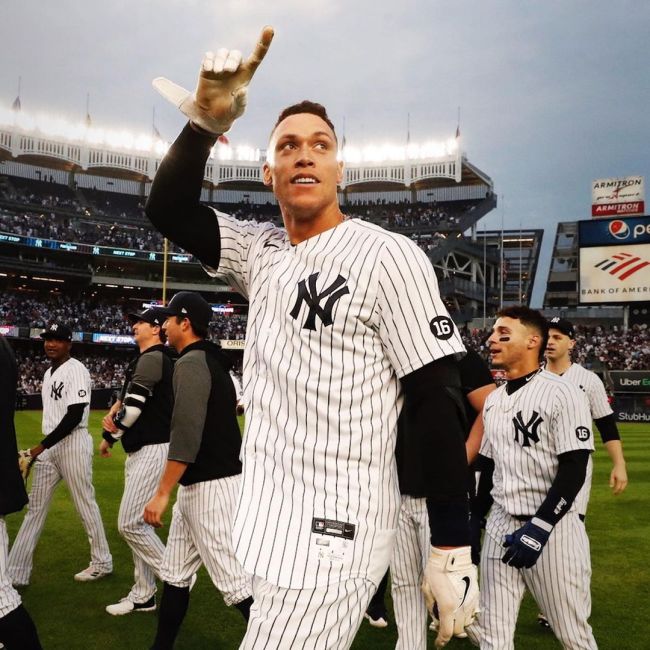 Support our staff of some of the best music journalists out there by subscribing to Passion of the Weiss on Patreon.

Jayson Buford asks the hard questions: like has Boosie seen Moonlight yet?

Fenway Park is a gaudy monstrosity. It was once a tabernacle where Red Sox faithful would gather around and mutter to themselves “this is our year,” in the hope that the tide would turn and they’d finally get their World Series title. But with four World Series wins since Babe Ruth was traded to the Yankees to finance something called “No No Nannette,” the ballpark is full of rich “Just Outside of Bostoners” with the last name O’Connor, Flaherty, or Sullivan.

The Green Monster is no longer just a unique characteristic to an eccentric-looking ballpark. With the added dimension of Monster’s seats that ESPN can’t stop gasping over, Red Sox owner John Henry is only out to make even more money off of the fans. The Monster doesn’t even seem like a good place to watch a ballgame, but it makes Boston feel special. It makes the Red Sox into a meme or a tourist attraction for BU or BC students that went to wealthy boarding schools in New Hampshire. The street carnival atmosphere on Landsdowne and the over-expensive bars mean the Red Sox are “The Establishment” and no longer the cursed franchise. Landsdowne Street lacks the venom that my father said it once had. The Red Sox are now comfortable. They were once sold crass “GAY ROD” shirts when I was a toddler, now it’s all about harmony, country music at Loretta’s, and a brew from Boston Beer Works.

In 2006, the team’s average ticket price was $40. In 2021, it’s $60. And those are just the cheap seats. Nor are the Fenway Faithful as loud as they used to be. Gone from the world are Bucky Dent, Bill Buckner, and Aaron Boone jokes. I can’t use those anymore. They’re outdated. Since the Red Sox finally won in 2004, they’ve won four titles to the Yankees’ one. And if you’re wondering how they finally won — despite being a diehard Yankees fan, I’m obligated as a writer to tell you that it is because the Yankees blew a 3-0 series lead in the 2004 ALCS to lose to them 4-3. I still remember my Dad telling me that things like that aren’t supposed to happen. It was like a family member died unexpectedly and we had to pick up the pieces. That’s how shocked we were.

The rules of the universe had stated that the Yankees would always beat the Red Sox. They had been trying for 85 years and couldn’t do it, despite trotting out superstar hitters like Ted Williams, Wade Boggs, Mo Vaughn, and Nomar Garciaparra. If you are counting at home, that is Joe DiMaggio’s whole lifetime. I say all this to tell you that Fenway Park is no longer the place where fans are going to throw stuff on the field. Too many clutch David Ortiz moments have happened. It’s just another ballpark that charges over $13 for a large Budweiser can. While running into the same late-capitalist problems as Fenway, Yankee Stadium is much louder. We still have bridge and tunnel psychos that have John Gotti and Eli Manning posters on their wall that come to the game and yell “STANTON YOU STINK” after he strikes out in the first inning. The new Yankee Stadium, also known as “The House that George Built,” is a gaudy monstrosity too, but a venomous one.

Every now and then, I still have the urge to go to Fenway Park and cheer on my beloved Yankees. Before I became a Brooklyn bachelor, I was a kid from Uptown, New York. My mom, my brother, and I lived on 159th street. My grandmother and my aunts lived, and still live, in Fordham Road. I’m about this Yankee shit like your grandfather who served in World War II. It is my duty as a Yankee fan to wear all my gear too. And that is why I needed to head to Boston to be there for the American League Wild Card game.

The Red Sox and Yankees were spitting images of each other all season. Very frustrating and often mediocre, yet teams that could be carried by their superstars into winning big ball games. That’s somewhat the beauty and what is bland about the rivalry now. The days of Pedro throwing down Don Zimmer, causing a ruckus in the bullpen, and A-Rod getting shoved in the face by Jason Varitek are gone. The Yankees and Red Sox can peacefully co-exist and complain about the Tampa Bay Rays. Now, games are battles that can take up to four hours long. The two teams aren’t particularly efficient. Every pitch matters and every inning ESPN has to tell us another story. The fact these teams are playing in this game and not the ALCS shows you the punch-drunk slog that baseball has become.

In 2017, Major League Baseball implemented a larger competitive balance luxury tax. The rule existed to lessen the imbalances that small-market teams faced when trying to compete with big-market franchises like the Yankees, Red Sox, or Dodgers. It theoretically keeps the league competitive so the Yankees dynasties are kept at bay. It makes sense from a competitive balance point. It’s also a lie that Major League Baseball and cheap owners sold: All owners can afford to spend money. Even the owners who are less rich than Magic Johnson’s Guggenheim conglomerate have enough money to sign at least the second-best player on the market. Teams are run like venture capital funds. Owners are parasites that lurk like the greediest capitalists, looking to devalue the cost of the players and win by spending the least money possible. What we learned from Moneyball was the wrong lesson. By taking players that had been devalued by traditional scouts, The Oakland A’s might have tried something dramatically different that season and been successful but they never won the title. Scott Hattenberg’s on-base percentage definitely helped the team, but not more than Giambi’s home runs or Johnny Damon’s timely hitting.

If you want to win in baseball, you have to spend money. The Red Sox won the World Series in 2004 using the Moneyball model that Beane started in Oakland. The difference between them and the A’s is that they paid for Manny Ramirez, which made the difference. Baseball has always reflected the class hierarchies and racial inequities of this country. Shoeless Joe Jackson allegedly started cheating against his own team in 1919 because Charles Comiskey, the White Sox owner, wouldn’t pay him enough. The last time they won the World Series in 2009, the Yankees’ payroll was $240 million. In 2021, it’s $156 million. Now you see why they went 91-71 this season and not 103-59, which was always in reach when I was a kid.

In fairness, not all of this can be blamed on the cowardice of the MLB and the small city owners. The Yankees share much of the blame for no longer being a dominant force in the league. Sure, they’re still solid and will be in the thick of things every season. They better be. But George Michael Steinbrenner III made “if we don’t win it all, it was a failure” part of the DNA of the team. When Derek Jeter would speak about seasons that ended in postseason losses, he would call them seasons where we came up short. He would call them disappointments. The Yankees were an American ethos of greed, power, and dominance. Mr. Steinbrenner had some awful impulses, the ones that you only have from being one of the most powerful dickheads on the planet. Everything from paying Howard Spira $40,000 to garner up intel on Dave Winfield that he could use — to illegally using funds from his company to publicly lend money for Richard Nixon’s Presidential campaign. Cornball Yankees fans who call in WFAN to say that Aaron Judge doesn’t play enough games keep saying the terms “THE BOSS WOULD HAVE DONE THIS.”

Sometimes, it’s ridiculous when Yankees fans do this. The Boss isn’t why the Yankees won all of those championships in the ’90s. You should never become a fan of an owner. You became a fan of a team because they represent your city. Conversely, the longing for Mr. Steinbrenner does have its merits. He absolutely believed that it was his duty to put the best team he possibly could on the field for the fans of the Yankees. That’s the reason why he signed legendary players such as Catfish Hunter, Reggie Jackson, Paul O’Neill, Tino Martinez, and lastly, Alex Rodriguez. It would be practically an act of religious devotion to see who the Yankees were going to get every winter to bolster the team. Now, that’s been replaced for signing relievers or “low risk/high reward” starters.

As far as the Wild Card game, there are moments in baseball that are harbingers of exactly how the game will turn out. In the first inning of the game, Giancarlo Stanton gave one a ride but it didn’t go out of the park. It would have been a homerun in every other major league ballpark if not for the Green Monster. My emotions, alongside those scattered few Yankees fans alongside me, started to sink. It would be that kind of night. In a series, the Yankees would beat the Red Sox, but a one game Wild Card is a black hole. Lose this one, and you have to wait another year to prove yourselves as a team again. There’s such a sour feeling about losing in a sport about failure. It makes it more disheartening and all the more normal at the same time.

At Fenway Park last night, the 2021 Yankees ended their season by playing the slightly above mediocre baseball that they largely played all season. Despite the Herculean efforts of Giancarlo Stanton, the Yankees came out flat. Gerrit Cole, our $324 million bulldog, couldn’t do anything but squeal out on the mound. An ill-advised changeup that he threw to Red Sox shortstop Xander Bogaerts hasn’t landed yet. When Giancarlo Stanton gave the ball a ride to the Green Monster, Aaron Judge was mowed down at home plate in the fifth inning, a play that might haunt my nightmares until the Knicks play opening night. That was the last chance of survival for my beloved team. I dealt with the loss well. The Red Sox crowd proved me wrong; none of them sat down one time during the game. One fan even bought me a sausage when I said I came all the way up from Brooklyn.

The Yankees were never going to win the title. It was a thin roster to begin with. Aaron Boone, our babysitter turned manager, allowed relievers to pitch to one more batter than he should have, which has been his M.O. since he was hired. The Steinbrenner family has a lot to think about this season. The team isn’t getting any younger. Judge will be 30 and he hasn’t won a title yet. Jeter had four by that age. Stanton is 32, and had his best season since his NL MVP one in 2017, but he has a lot of mileage on his knees. They need new middle infielders and one more outfielder, a problem that the casual mediocrity of Brett Gardner will not solve. Do they finally move on from Boone, who clearly is not up to the task of being a playoff manager? Do they realize that they’re the Yankees and start spending money again? We’ll see. I just wish the AL East was the way it was when I was a toddler.

Pour one out for the most frustrating Yankees team of my lifetime. pic.twitter.com/fskBsIRE1s

Dave Chappelle Shares His Version Of R. Kelly’s Goons Doing What They Do