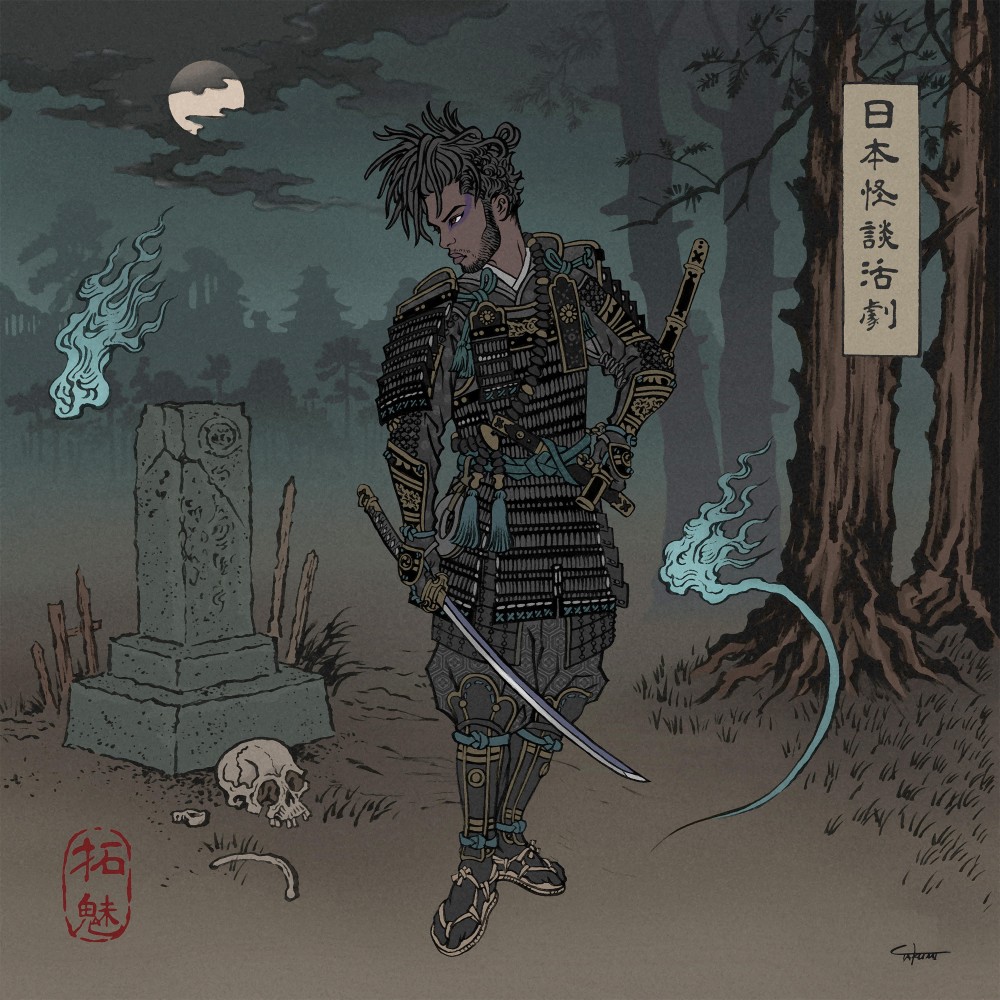 Please support the best collective of ears on the rap internet by subscribing to Passion of the Weiss on Patreon.

Keep it real. It’s the rap cliché artists have sought a thousand ways to escape from, like lyrical Harry Houdinis seeking to slip out of the shackles of expectation for the freedom of artistic expression. The Freestyle Fellowship school advocates flowing your way out, dazzling the audience with verbal calisthenics. The post-Bomb Squad, post-Def Jux approach meanwhile used abrasion, scarring off haters with the same 10 megaton beats that attracted alternative fan bases. A decade after Odd Future first tore a hole through rap’s space time continuum, making room for a new generation of Black kids that didn’t fit the mainstream’s marketing plan however, the words speak for themselves: no tongue twisters or harsh noise needed. For a generation raised on Adult Swim bumpers and the strongest weed seed funding can buy, rap can be whatever they want it to be.

For Chester Watson’s A Japanese Horror Film, it’s a surreal trip to the underworld, a rap fantasy hoovering in the chaos of contemporary life and refracting it into an edible enhanced adventure through the recesses of the mind.

That might read like yet another Hip Hop movie or rap opera, but the St. Louis born, L.A. resident Watson doesn’t set scenes like a director or emote like an actor. When most rappers record concept albums, they want the audience to visualize the action, clear as day. A Japanese Horror Film doesn’t do that. It’s a campfire story, illuminate by a sole flashlight shooting up at the narrator, a Brechtian play where the only scenery is black ice substituting for blunt smoke, or indeed a Japanese horror film where the frights aren’t jump scares or monsters, but the thoughts that start to creep into your brain after too much THC and too little sleep. Much of this is down to the vocals, which are mumbled but never muffled, forcing you to lean in to catch every word, pushing the narrative forward while also following enough digressions and tangents so as to never seem forced or in awkwardly in service of the concept.

And what a concept. On paper, it’s simple enough: our narrator lands from a flight, takes a taxi only to arrive in a Japanese netherworld of ghosts and demons. It could be the acid, it could be a dream, it could be a metaphor for drug abuse and poor mental health. It’s probably all of those at once, the album’s secret is that it maintains its conceptual depth without insisting on its own self importance – a story about karma and reincarnation can also be art-film inspired outsider rap leaning equally on DJ Screw style psychedelic time manipulation as on smoky Madlibian beats. It’s a shame the term Trip Hop got played out in the 90s, A Japanese Horror Film is far more deserving of it than some dusty corny Café Del Mar mix.

Eventually, our narrator meets a muse/spirit/ghost, promising escape and reminding him of his untapped potential via astral projection to Atlantis. If that sounds a tad on the woo-woo side, rest assured that it’s delivered via blistering triplet raps, enough weed references to make Redman tap out, and the most cohesive body of beats Chester has rapped on yet. Collapsing the distance between crunk and chronic blunt smoking, the album never feels pretentious or heavy handed.

It’s not the type of fun you have in the club, but for the introverted among us (and if you’ve read this far, you’re in the right demo) it’s the type of spooky, ethereal art that doesn’t sacrifice entertainment value for posturing. It’s also a record deeply in love with this moment’s creative potential, with nods to Nujabes and hypnagogic pop via song titles, multiple lyrical asides about Michael Jackson’s moonwalk and a bone chilling final stretch calling back to Get Out before snapping back to more every day concerns. It’s still money, weed and women, but also the complexities and the weight of life in the new millennium.

A Japanese Horror Film won’t hold your hand and give you easy markers on your journey, explaining what’s going on. That’s a strength, because crucially, it’s worth the deep listen. While the past few years have seen a wave of young rappers leaning on skate and streetwear cool while rapping half finished thoughts over cluttered soundscapes, Chester Watson defiantly avoids those clichés. The self production is crisp and well mixed, the thoughts hazy yet well structured, and the overarching concept, though opaque, is simultaneously engaging in a bugged out, midnight movie type of way, and the ideal structure on which to hang the divergent thoughts that make up this type of thinking man’s rap music. If you’re perusing this site, you’re already interested. Trust us: it was worth the wait.

DaBaby Brings Out Drake In Toronto

Interview: 11 LIT3S Recalls How His JAY-Z Beat Ended Up On A Rihanna Song

Cardi B Gets New Offset Tattoo