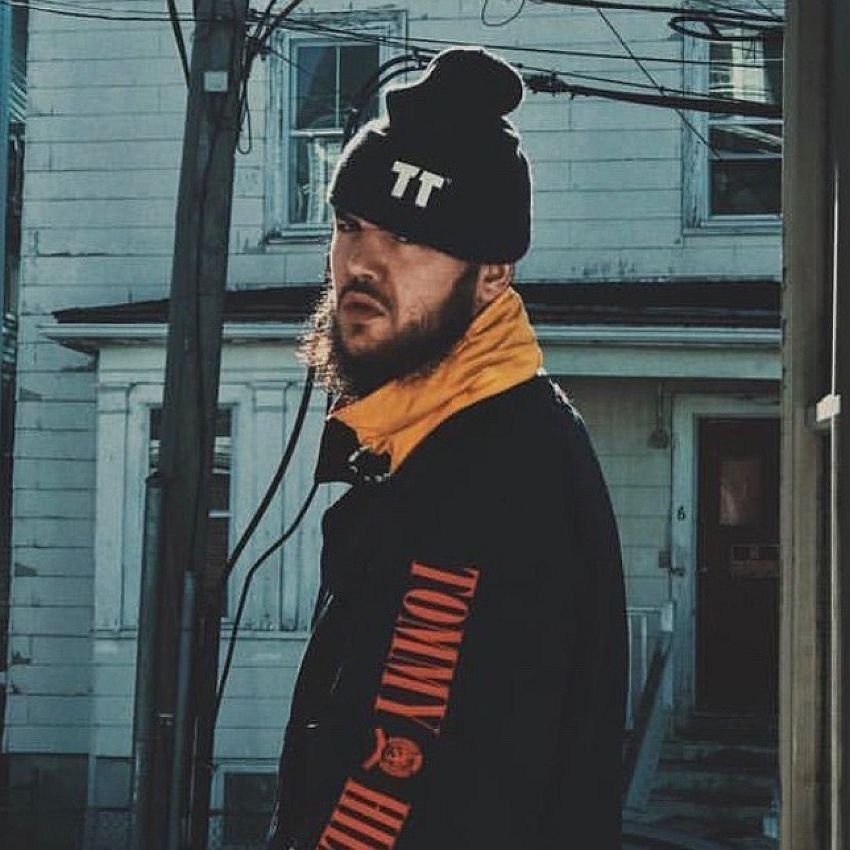 Please support the collective manhandling the manuscript by subscribing to Passion of the Weiss on Patreon.

How do you promote music that isn’t meant to be accessible? That’s the dilemma I find myself in when writing about al.divino, one of the latest rappers to make a mark on the new East Coast scene that’s rapidly grown from post-Marci, to post-Griselda, to a thriving ecosystem where dozens of acts are blazing new trails and sparking new ideas, far from any 90s revivalism. You see, al.divino’s joints are pricey. Like 237$ for MP3s, pricey. And that’s not even touching on the unique visual art he’s selling – making him the rare emcee who can back up his #art hashtags with actual product.  Truth is, I’ve got absolutely no issue with this appraoch – the man deserves every cent and the mainstream music market is a broken feudal system redirecting micropayments to tech bros – but it does mean that this write up will lean heavy on grey area YouTube links. Alternately, if you got money to flip, I’d definitely buy the wax over Dogecoin or whatever the tech bros are pushing.

I got turned on to al.divino’s work thanks to his Kilogram joint with Muggs, and had high hopes given that Soul Assassins’ latest run is serving as a finishing school for some of the East Coast’s best new emcees from Eto to Mach-Hommy. What I wasn’t ready for however, was the sheer chaos of lead single “Mr. Dynamite,” a joint as noisy and off kilter as anything spit over classic Bomb Squad or RZA (or Muggs for that matter). From there, the album doesn’t let up – it’s a flurry of shouts, adlibs, sound effects and cartoon samples bobbing and weaving through the mix, as if divino and Muggs has put DOOM, Sen Dog and Mobb Deep in a blender. It’s also probably the best introductory listen for newcomers, given Muggs’ knack for clean mixes that keep divino’s energy front and centre without redlining or veering into noise territory.

Diving into the back catalog, it’s clear that divino’s slow build has been the right approach. His first breakout, 2017’s Triple Black Diamonds with Estee Nack (a frequent partner and equally unorthodox and interesting emcee), showcases the kind of post-Rae coke rap that’s easy to love for fans of grimy, East Coast traditionalism. Three years ago however, his rhymes still barreled forward in straight lines: flash forward to more recent releases like Face Melt 1 and 2 however, and his the flow’s looser, bouncing between bars and adlibs in a fully conversational fashion. The result isn’t unlike Westside Gunn’s vibe-first approach, but without the love it or hate it vocal ticks or occasional digressions into ‘I’m-not-a-rapper’ laziness. At their best, divino’s raps sound the way his album covers look: taking traditional ideas and twisting them into druggy, post-modern homages to the street life.

CCXXXVII, his latest, opaquely titled tape alongside Grubby Pawz is another winner, and would serve as another great intro tape were it more easily accessible. This time, the beats eschew Divino’s more lo-fi tendencies in favor of classic jazz funk flips that land midway between a deep crate digging session and a YouTube rabbit hole. The raps meanwhile are as wild as ever – abstract without falling prey to backpack nerdiness. Nimbly dodging over-reverence to the past on one end and commercial compromise on the other, it’s a potent reminder that rawness and creativity are what’s fueling the most interesting music in Hip Hop right now – not some wayward desire to sound like you should have been signed to Loud Records.