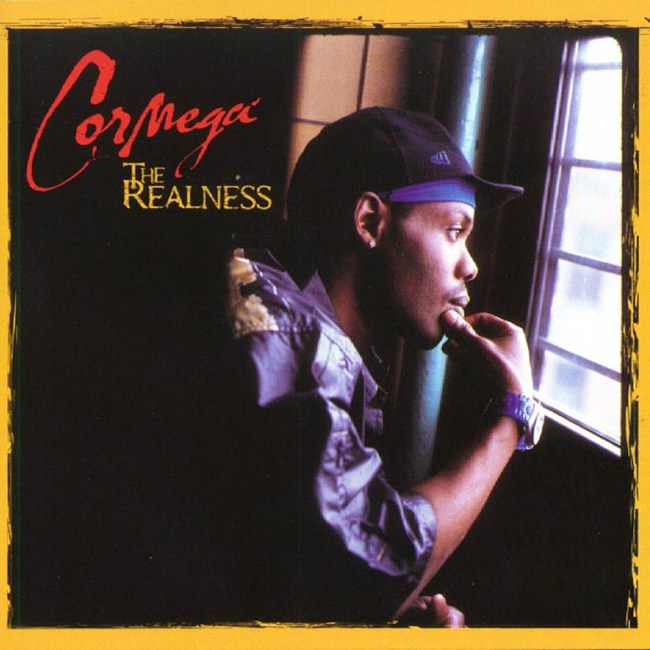 Subscribe to the Passion of the Weiss on Patreon so we can continue to fund the realest writing in the music journalism universe.

Son Raw is a beast in the streets like crushed white.

Anyone who wants to drop a classic rap album has to tread the fine line between timeliness and timelessness. Whereas contemporary rock acts have the liberty of cosplaying as bands from any number of decades, and dance acts constantly seek to breathe new life into classic sonic signifiers, great Hip Hop almost always speaks to its moment. From Public Enemy crystalizing a political awakening in the late 80s to Bad Boy’s pre-millennial party and bullshit, to Lil Wayne destroying and rebuilding the idea of a mainstream rap release, the surest path to Hip Hop immortality is to capture the essence of their time and a place, while still making records that resonate once their context is long gone. To my ear, few records tackle this challenge as deftly as Cormega’s The Realness.

The Realness wasn’t Cormega’s debut, but for most listeners in July 2001, it may as well have been. Entering the public consciousness¹ courtesy of his Queensbridge compatriot Nas on ‘One Love’, Cormega went straight from jail to a deal with Def Jam and a spot in NYC supergroup The Firm, until conflict with group manager and industry heavyweight Steve Stoute saw him unceremoniously kicked out the crew. Combine this with conflict with his own manager, Chris Lighty, and his debut album The Testament not fitting into Def Jam’s late 90s multi-platinum sound, and Mega soon found himself with no deal and no outlet. Today, social media has shown us just how hard the transition from the streets to the music industry can be, and streaming platforms allow “difficult” rappers to reach their fanbases directly. At the time however, Cormega’s stunted momentum meant few listeners would have guessed just what had happened to an emcee then still best known as a cryptic reference on Illmatic.

All of this means that The Realness, independently released 5 years later on his own Legal Hussle Records via Landspeed Distribution – a necessity but also a bold move in an era of centralized industry control – never sounds like an introduction. Instead, the album concerns itself with two very specific moments in time and space.

First, the present: a post-Biggie, pre-9/11 NYC where the competition to be crowned King of New York was fought for between a cadre of elite, streetwise emcees. At the highest level, this boiled down to Jay-Z Vs. Nas, but for those in the know, every other song from Prodigy, Fat Joe, Big Pun, DMX, 50 Cent and Ja Rule leaked on a Clue tape was scrutinized for subliminal barbs against the competition. In this arena, Cormega was about as dark as dark horses got thanks to his lack of industry support, but on The Realness, he came out swinging, using his setbacks and what he viewed as a personal betrayal by Nas as fuel for braggadocious, energetic, and vengeful verses. Most blatantly, “Thun & Kicko” sees him team up with Prodigy for scornful a Nas takedown stuffed to the brim with accusations of false thuggery, exploitative rap storytelling, and a lack of real life experience in the drug game. “R U My Nigga?” and “Unforgiven” however, see that arrogance and scorn curdle to hurt, before anger at the record industry bubbles up again on “Get Out My Way.”

It should be noted that none of these tracks name names – bar “Thun & Kicko”’s obvious references to a fake emcee, the anger and hurt throughout these songs could be for any number of former allies in the streets or in music – a quality that ensures that The Realness’ music remains relevant and compelling years after its release date. Whereas mixtape-issued rap beef, recorded in the heat of the moment and ultra-specific, can suffer from a built in expiry date, listening to The Realness 20 years later reveals an album far more concerned by the universal human emotions of anger, betrayal, hurt and perseverance than street specifics. Even accusations that Mega’s rhymes were too focused on Nas – the principal criticism at the time of the album’s release – seem overblown in hindsight, the result of listeners seeking to read between every line and losing the forest for the trees.

And yet that’s just one half of the equation. The other moment The Realness addresses is a hazy, near-mythic golden age of Hip Hop music and drug dealing, one that was quite suddenly receding into the past. Even pre-9/11, the New York when this album was recorded was undergoing a massive transformation. Giuliani’s ruthless Republican administration was using broken windows laws to shutter clubs like The Tunnel, then New York rap’s epicenter, and Cormega’s generation was rapidly aging into grown men, with their options for success narrowing. This whirlwind of change and the weight of recent history shapes The Realness into a deeply melancholic album, one where Mega asserts his place in the lyrical wars of a new millennium, but also one where he laments the world of his adolescence as it fades from immediate memory.

“Glory Days” is practically ‘Memory Lane’ part 2 (sorry Mega), a sun kissed slice of nostalgia where the excitement and energy of street fashion, graffiti and Hip Hop collide with the fast money and grim consequences of the drug game. Elsewhere, those consequences are foregrounded: Fallen Soldiers earned a remix by virtue of Cormega losing even more friends to violence before the album dropped. Yet throughout the album, these tragedies are countered by Hip Hop as an all-powerful, redemptive force: whether he’s comparing his pen game to the pimp game or rap to the divine feminine ala Common, The Realness’ moments of purest joy don’t come from the money, the cars or even revenge on his enemies, but from rap. It’s a powerful differentiator amidst a scene where Hip Hop was beginning to seem like a fulltime job, and it’s an angle he’d go on to explore more thoroughly on future albums like Mega Philosophy.

This duality between a warring present and a wistful near past paid off, with The Realness going down as one of the final independent successes of the pre-Napster era. Mega famously pocketed $150,000 off the project – a rarity in a major label dominated era where emcees were getting exploited left and right. Beyond the financial success, the album’s impact on rap fans was immediate, with the project finding fans both among The Funkmaster Flex crowd eagerly awaiting the latest blows in New York rap’s battle royal, and with underground rap heads itching for a new instalment in the legacy of great Queensbridge rap albums like Illmatic, The Infamous and The War Report. Personally, it was one of the first vinyl records I bought for my DJ set up², one that dominated my listening that summer just as much as more indie-minded records like The Cold Vein or slick, commercial singles out on Roc-A-Fella. Now, 20 years later, it’s remarkable how well it holds up despite the rap beef and street disputes it covers being largely relegated to history. If anything, The Realness now feels even more potent, as the generation of listeners it impacted now can now look back on its own conflicts and glory days.