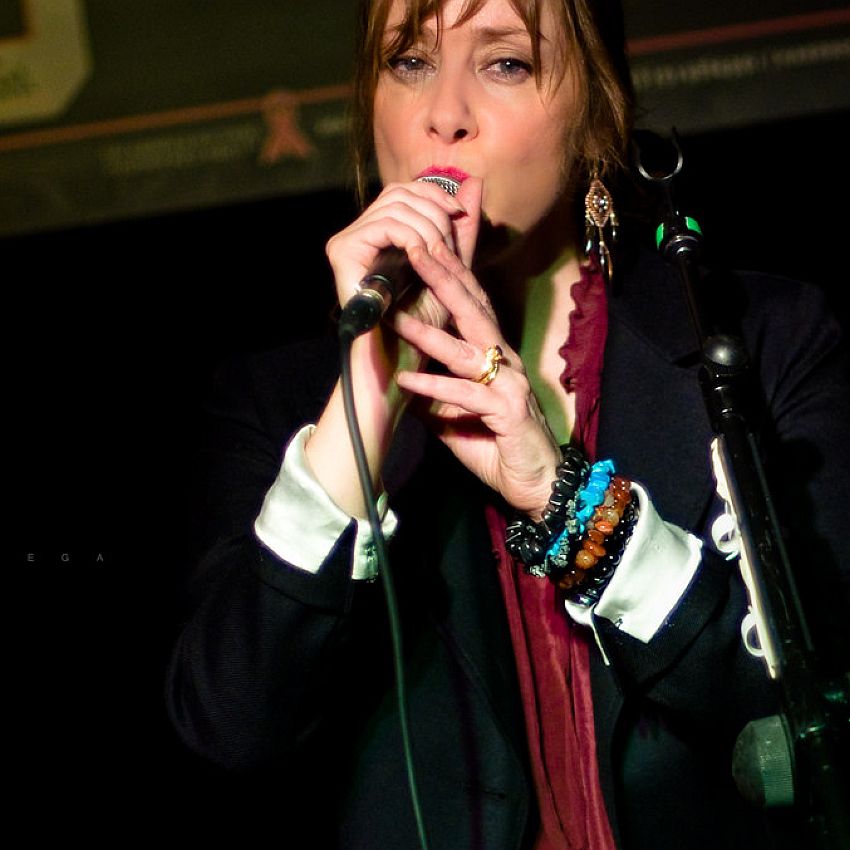 1nce Again is a new column by Robert Ham, who tells the story behind the greatest remixes ever made as told by the artists and the remixers who made them happen.

In a dressing room tucked away in Stage 29 at L.A.’s Paramount Studios, a singer-songwriter from New York is steeling herself to face the Dog Pound.

It’s late June, 1990, in the midst of a particularly nasty heatwave, and Suzanne Vega has been booked on The Arsenio Hall Show. Not the usual place you would expect to find an artist associated with the boho Greenwich Village folk-pop scene, but her label A&M Records has some serious expectations for Vega’s third album Days of Open Hand. And no one was happy with the results.

The idea was that Vega would match or exceed the success of her previous album Solitude Standing and its Top 10 single “Luka.” She and her regular band of collaborators spent a full year in the studio trying to do just that. “We… spent a lot of money,” Vega wrote about the album in 2013, “[and] thought and rethought every note and syllable.” But when the album was released in April of 1990, the reviews were mixed and sales stalled. So why not shoot for some crossover glory by playing “Book of Dreams” on the hottest late night talk show in the game?

While that performance didn’t do the trick, something else that happened on that balmy afternoon in Vega’s dressing room set those wheels in motion. Her manager at the time Ron Fierstein had been given a cassette by A&M of an unauthorized remix that a couple of gents in the U.K. made of “Tom’s Diner,” the a cappella track that opens Solitude Standing.

Inspired by Tom’s Restaurant, the diner seen from the outside in nearly every episode of Seinfeld, Vega spins out a melodic stream-of-consciousness talking blues about a rainy morning spent at the diner’s counter, catching up on the news and keeping an eye on the folks that wander into her view. It’s the perfect tone setter for the rest of the album—bustling with a strange yet familiar energy and teeming with pointillist details. And, as it was recorded with no other instruments beyond Vega’s crisp voice, ideal fodder for a dance remix.

DNA wanted to release their version of the track properly, but their phone calls to A&M were left unanswered. So they pressed up a bunch of white label 12”s, titling the tune “Oh! Susanna,” and passing them to DJs and record shops. They immediately started selling like crazy and, with the buzz reaching a fevered volume, word got back to A&M. The label’s first response was possible legal action—standard operating procedure in a post-3 Feet High and Rising world. But before the vultures were let loose, Vega wanted to hear the track.

“I approached it very cautiously,” Vega remembers, speaking recently from her home in New York, “and when I heard it, I thought, ‘This is cool. This is nothing I would have done myself.’ And I remember thinking it was very funny and deeply relieved it was not a parody.”

Unlike the dozens of musicians and comedians who turned “Luka” from a wrenching exploration of child abuse into a jokey tune about puking or the Zika virus, Nick Batt and Neal Slateford, the two Brits collectively known as DNA, were entirely sincere in their intentions. Like so many producers before and after them, they found a clean piece of raw material and wanted to manipulate and elevate it for the dancefloor.

“Tom’s Diner” was the perfect specimen. The vocal track was unadorned and recorded to perfection by Steve Addabbo and Lenny Kaye (he of the Patti Smith Group and the original Nuggets comp). So clean was the original recording that it was often used to test high-end stereos and concert PAs, and it was used by engineer Karlheinz Brandburg to help fine-tune the compression that gave us the mp3.

The main melody was bouncy and, like a Christmas carol, easy to latch on to. And then there was the hook—the wordless, almost mindless refrain that follows the same notes and rhythm of the verses in “Tom’s Diner.” It closes out the song and fades away, as if we’re following Vega’s voice as she leaves us standing on the corner on 28th and Broadway. Batt and Slateford use it as an opener, planting the seeds for their remix, and return to it again and again, turning it into the perfect chorus.

Underneath it was a drum loop, inspired by or nicked from “Keep On Movin’,” a hit for U.K. R&B act Soul II Soul, a rumbling bass line, some nice horn stabs, and a touch of piano. The secret musical ingredient is a floating synth line that serves as a countermelody to Vega’s vocals—a splash of vibrant color to go with her black & white lyrics of a rainy afternoon sipping coffee and playing the voyeur when she’s not rifling through the newspaper searching for the comics page.

Vega heard it, too. She told her manager to call off the lawyers and instead pay DNA for the rights to the remix. A&M properly released the track in September of 1990. It was credited to DNA featuring Suzanne Vega, so as not to confuse any fans of the folk artist who might still be basking in the glow of Days of Open Hand. To the surprise of everyone, it became an international smash.

“I thought, ‘They’ll play it in dance clubs and people will like it and dance to it, and that will be the end of that,’” Vega insists. “It’ll be an underground thing that people play. I did not expect them to service it to Top 40 radio, especially the R&B stations.” By the end of 1990, the single had hit the top of the charts around the world, and netted Vega her second Top 5 hit in the U.S. And she was handed an award from ASCAP honoring “Tom’s Diner” as one of the requested songs of the year on R&B radio.

The remixers and the remixee eventually crossed paths, with Batt and Slateford stopping by one of Vega’s shows in London. And they got on well enough, and were savvy enough, to not let this unusual creative partnership dry up. Vega lent her voice to DNA’s lone studio album Taste This and she let the men remix another track of hers. That tune, “Rusted Pipe,” wound up on the unusual cash-in Tom’s Album that collected other versions of “Tom’s Diner,” including the original recording, a ridiculous tossed off live rendition by R.E.M. performing as Bingo Hand Job, a reggae cover by Michigan & Smiley, and the title track to Harlem rapper Nikki D’s 1991 album Daddy’s Little Girl, which samples the DNA remix.

“I talked [A&M] into letting me do that,” Vega says of Tom’s Album. “The only thing I forgot was to put my actual name on the package. I didn’t realize that until after it was all done and out. It started making money right away because it cost almost nothing to put together.”

In the thirty years since this remix was released, Vega has become a minor wellspring of inspiration for hip-hop and R&B producers. Preach spun the incessant hook for “Tom’s Diner” into the anchor for “Whatever I Wanna Do,” a track from MJG’s 2008 album Pimp Tight, and a version of that chorus made its way into a 2015 track recorded for Empire. Both Lil Kim & Da Brat have twisted Vega’s vocal melody for their own ends.

Even Vega eventually embraced the sound of the remix for her live sets. For a long time, she didn’t acknowledge it, preferring to do the song a cappella it was originally recorded. Or she would get the audience to sing the chorus part for her. But she soon worked up a rendition of the remix with the help of her guitarist Gerry Leonard. As heard on her latest album, An Evening of New York Songs and Stories, a recording captured at Manhattan’s Café Carlyle, it’s a faithful adaptation, complete with washed out synths and springing standup bass.

Beyond getting A&M to stop fretting about Vega’s commercial prospects, the “Tom’s Diner” remix also gave the artist the breathing room to go wherever she wanted to with her next album, 1992’s 99.9F°. Working with producer Mitchell Froom, she went into the sessions with the notion of making a great pop record. What they did instead was build layer upon layer of clanging drum loops and keyboard haze so that any pop that remained was obscured and rusted out.

“We got all wild,” Vega says. “We got wildly experimental. It surprised me and I think it surprised Mitchell as well. But I had some confidence because I knew the audience would accept a lot more than what I have given them thus far based on ‘Tom’s Diner.’”

Nav Earns Second No. 1 Album On Billboard 200 With ‘Good Intentions’

Erykah Badu Reveals Her Vagina-Scented Incense Is Sold Out